$300K worth of illegal drugs seized in search of 4 Calgary homes, 2 vehicles 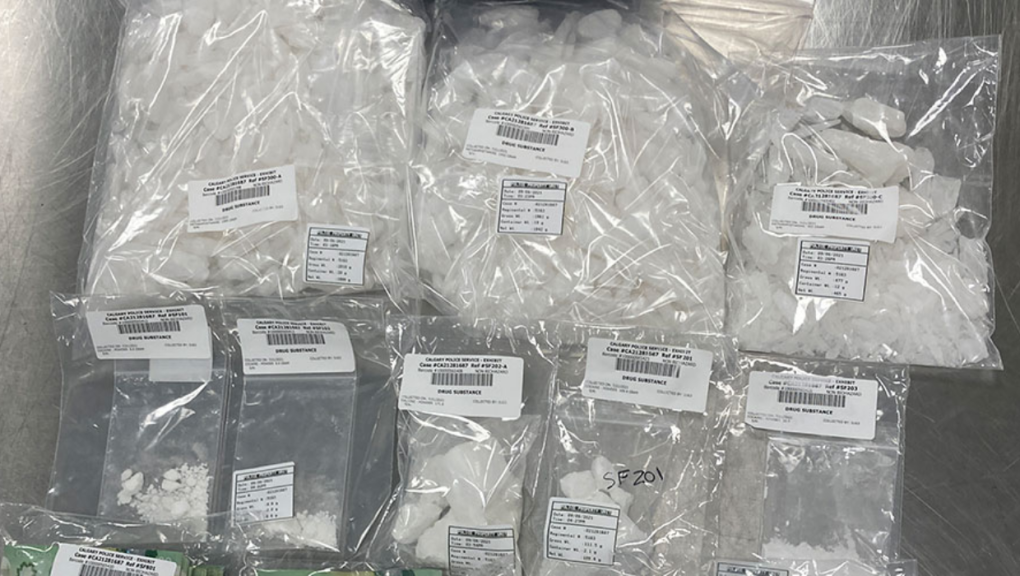 According to ALERT, officers seized a handgun and ammunition, 4,407 grams of methamphetamine, 325 grams of cocaine and $11,645 in cash. (ALERT)
CALGARY -

Police say two men have been charged after a search of four Calgary homes and two vehicles uncovered an estimated $365,000 in illegal drugs.

The search was conducted on Wednesday, Sept. 8 by officers from the Calgary Police Service and the Alberta Law Enforcement Response Teams (ALERT).

According to ALERT, officers seized a handgun and ammunition, 4,407 grams of methamphetamine, 325 grams of cocaine and $11,645 in cash.

In a Thursday news release, ALERT said the handgun was previously reported stolen in Chestermere.

"Our team is very effective at conducting bottom-up drug trafficking investigations, starting with a focus on street-level drug dealers and subsequently targeting the next rung up," Insp.  Jason Bobrowich said.

Matthew Holczer, 29, is charged with drug trafficking and possession of proceeds of crime.