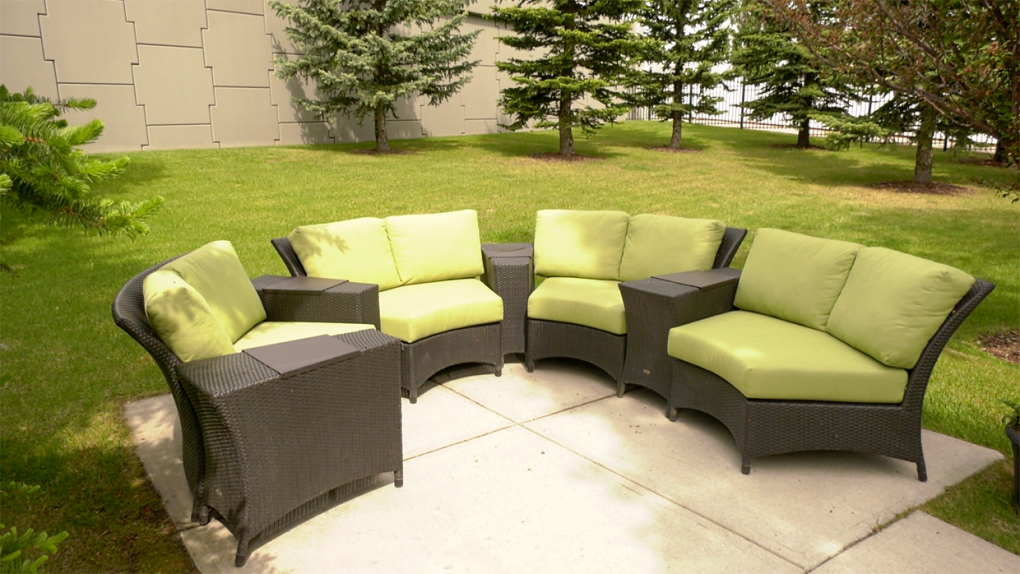 With Calgary's spring weather in full swing, most of us are spending more time lounging outside, for the senior residents of The Staywell Manor Village at Garrison Woods there is now much more limited patio seating, after $4,000 worth was stolen.
CALGARY -

Staff and residents at The Staywell Manor Village at Garrison Woods woke up on Monday May 31 to discover over $4000 of high quality patio furniture stolen from their courtyard.

With Calgary's spring weather in full swing, most of us are spending more time lounging outside, while for the senior residents of The Staywell Manor Village at Garrison Woods there is now much more limited patio seating.

Michelle Carew, the executive director at Staywell Manor told CTV News in an interview that as she and maintenance manager Elizabeth were doing the morning rounds they noticed a few things out of place. “We realized that some of the chairs were moved around so we went looking for them and we realized they were actually gone.” Carew says,

“We followed a trail of hardware all the way around the back of the building and realized that someone had come into our backyard in the middle of the night and taken away some of the furniture for our residents, which is really sad and unfortunate. These are seniors.”

The patio furniture was specially ordered to meet the needs of the Staywell Manor residents, Carew said. "(We) took great pains to find stuff that sits up nice and high, it's good and sturdy, because for seniors, you do need to sit up a little bit higher and have good solid chairs.”

There are three pieces missing totaling to about $4,000 worth of furniture but there is more lost than just the furniture, she added.

“It's not a problem for us to replace the items,” said Carew. “It’s their home and they're terribly sad that someone has come in and invaded their private space."

“We have signs everywhere that say its private property, so people know and normally our neighbors are very kind if they do happen to wander in, it's not a problem but this was definitely someone who took deliberate steps to invade someone's home.”

A report has been filed with Calgary Police and the staff and residents at Staywell Manor are hopeful that someone may have seen something the night of the theft, Carew said they’re thankful for everyone's support so far.

“We've had such amazing support to us for our residents and a lot of good wishes. A lot of people really wanting to help donate money, those things," she said. “Thank you for the kind thoughts and we just want the neighborhoods to take care of each other and be kind to your seniors.”