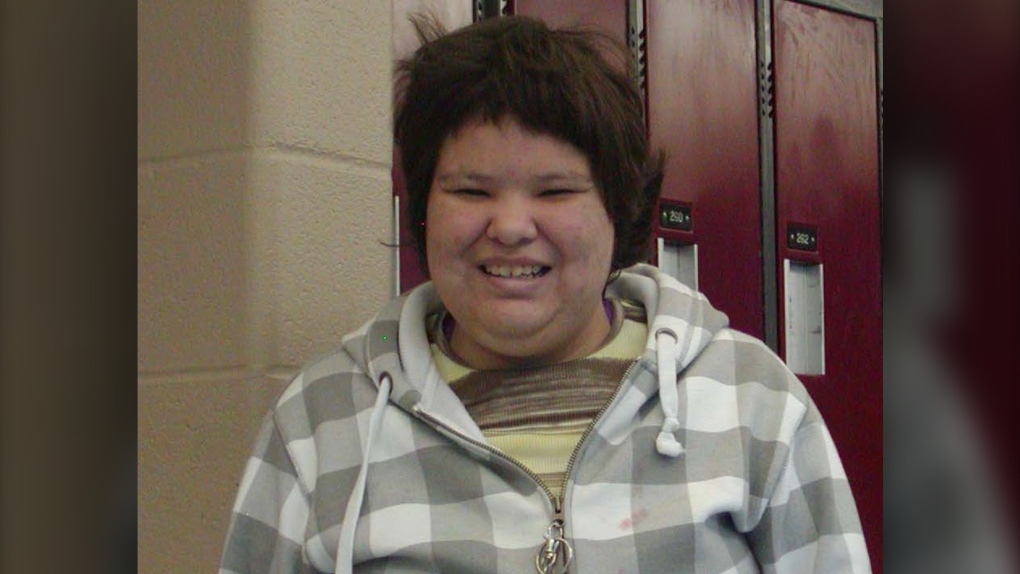 Desiree Oldwoman wandered away from her home on the Siksika First Nation on Aug. 27, 2011 and there has been no sign of her since. (RCMP)
CALGARY -

The loved ones of a missing, non-verbal Siksika First Nation woman continue to await word on what happened to her 10 years ago.

A 21-year-old Desiree Oldwoman left her grandmother's home on the First Nation east of Calgary on the night of Aug. 27, 2011.  She has not been seen since. It's believed she wandered off during the overnight hours and left without shoes.

Several aerial and ground searches were conducted of the area, as well as searches of local bodies of water, but there has been so sign of the missing woman who is non-verbal and diagnosed with autism spectrum disorder.

Investigators suspect she may have been walking along Highway 90, given the highway's proximity to the home.

RCMP have re-released a photograph of Oldwoman as well as an aged composite sketch of what she may look like at 31 years old, 10 years after her disappearance.

"There is not a day that goes by that we do not think of Desiree and her return home," said the family of Oldwoman in a statement released on the anniversary of her disappearance. "She is special, beautiful, wonderfully curious, and we miss her dearly. Family and friends continue to pray that she will be found, and that justice will be achieved.

"We plea to the public that if you have any information about her disappearance, you must report it to the Gleichen RCMP immediately.  We need your help to find her and bring her home.  We must find her."

While Oldwoman is not able to express herself verbally, she can write her own name.

The missing woman is described as:

Anyone with information that could potentially assist the ongoing investigation is asked to contact the Gleichen RCMP detachment at 403-734-3923. Anonymous tips may be submitted to Crime Stoppers.