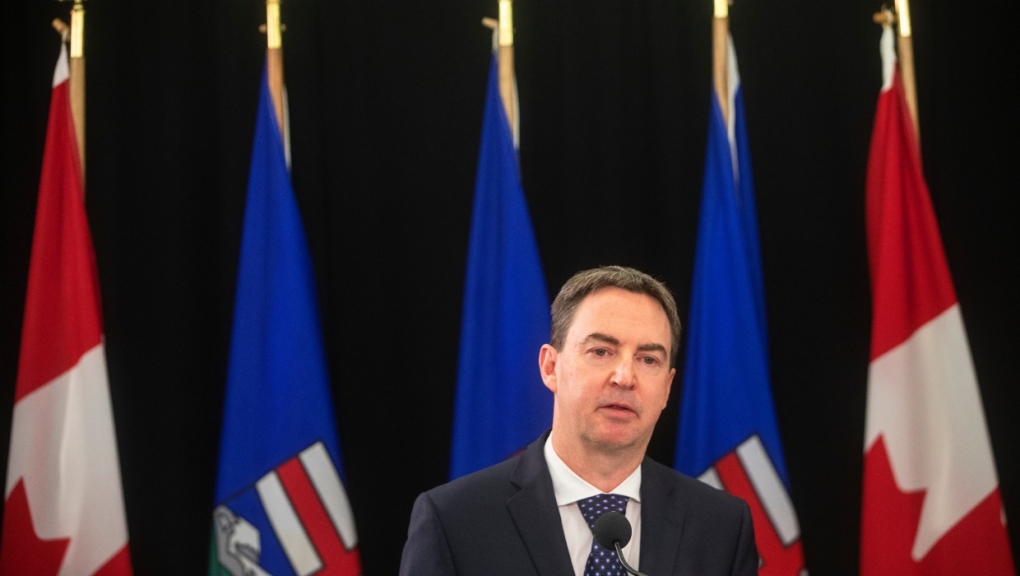 Alberta Health Minister Jason Copping says help is on the way to deal with strain on the province's two children's hospitals as they deal with a rise in respiratory illnesses.

A surge in patients at Alberta's Children's Hospital prompted Alberta Health Services to redeploy staff to the hospital from a facility that provides respite care for chronically and terminally ill children.

Health officials have said the Calgary hospital and the Stollery Children's Hospital in Edmonton have been operating at or above 100 per cent of their normal capacity during the past month.

"Help is coming,'' Copping said Monday during a news conference on another topic.

"Our system is under strain, there's no doubt about that. This is not just unique to Albertans children's hospital(s). We're seeing impacts across the entire country.''

Children's hospitals across Canada have seen a surge in patients, including those affected by COVID-19, flu and respiratory syncytial virus, or RSV.

Alberta Health Services, which delivers health care in the province, also set up a heated trailer outside the emergency department at Alberta Children's Hospital last month to help with crowding and weather conditions.

Copping said there are some signs that the situation could soon improve.

"We may be hitting the peak of this current flu that's circulating,'' he said, adding data from schools shows student absentee rates are on a downward trend and wastewater data for COVID-19 shows it's stable.

He said the province is still working to add resources to the health system.

Copping said there's no immediate plan to replicate what's happening in Ontario by postponing pediatric surgeries or bringing in outside agencies to help.

"We are not hearing any of that right now,'' he said.

"These children need our help,'' she said during question period.

Notley then asked Premier Danielle Smith what she would do to prevent pediatric surgeries from being cancelled.

"We already know that the wait in emergency rooms is way too long,'' Smith said in response. "That's part of the reason I appointed Dr. John Cowell as chief administrator (of Alberta Health Services) so we can be making these decisions in a very rapid way.''

Smith said she expects to have something more to say on the issue as early as Tuesday.