Back in the saddle: Calgary Stampede Parade returns for 2022 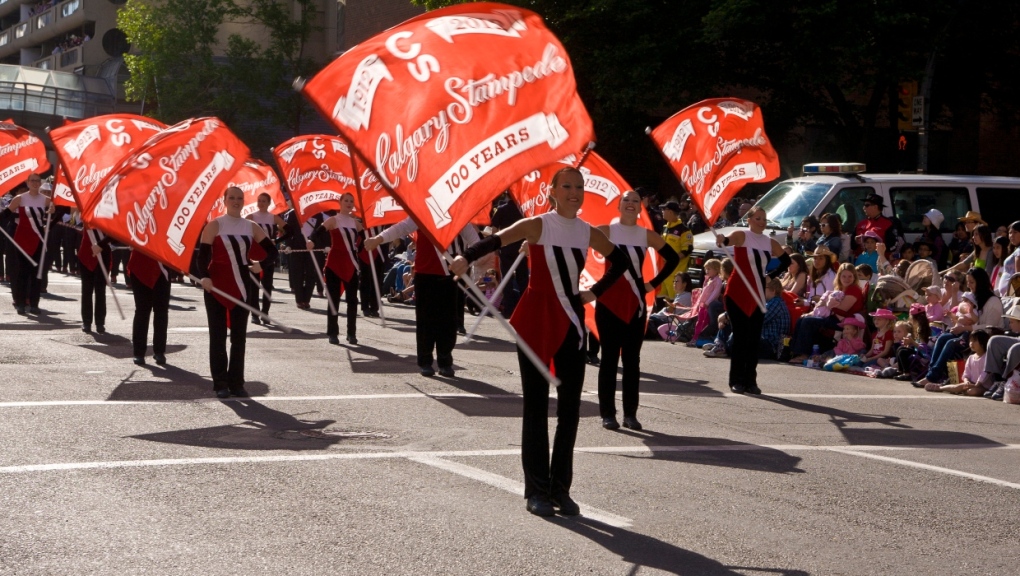 A wave of clowns, horses, bands, and people carrying banners wind their way through downtown Calgary as the Stampede Parade gets underway on July 6, 2012. (Photo by George Rose/Getty Images)

Dust off your boots because the Calgary Stampede Parade is officially returning to the downtown core this year.

The parade has served as the official kickoff of The Greatest Outdoor Show on Earth since 1912, but was cancelled in 2020 due to the COVID-19 pandemic.

The following year, officials held a scaled-down parade on the Stampede grounds that was broadcast virtually and not open to the public.

However, Stampede officials confirmed this week that plans are being made for a full 2022 Calgary Stampede Parade with all of the familiar elements of the iconic event, including high-energy marching bands and hundreds of horses

"We look forward to sharing more information in the coming months, including the announcement of our 2022 parade marshal," Calgary Stampede spokesperson Kristina Barnes said in an email to CTV News.

Anyone interested in applying to have an entry in the 2022 parade can do so through the Calgary Stampede's website until March 31.

The 2022 Calgary Stampede runs from July 8 through 17, with the parade taking place on July 8.