LETHBRIDGE, ALTA. -- An online memorial service was held this afternoon, to remember the victims of the Humboldt bus crash.

Tuesday marked the three year anniversary of the crash, which killed 16 people and injured 13 others.

Among those who died was 21-year old Logan Boulet of Lethbridge. His parents, Toby and Bernie Boulet, said it’s sometimes hard to believe it happened three years ago.

“Some days time just stands still,” said Toby. “Some days it goes flying by, because there’s lots to do.”

But he said Logan is always there.

Bernie said as they got closer to the anniversary of the crash, memories came flooding back, about things they did with Logan and other events that happened three years ago.

“So that was hard,” added Bernie.

She said one memory that stands out surrounded the team’s tradition of going for breakfast at Johnny’s Bistro after the morning skate.

It was in the hotel where the Boulets were staying, and she remembers looking out the window and watching the boys leave.

“I think back on that and I think those are the last times that people saw them,” added Bernie. “That kind of stuff is so hard.”

On the eve of the tragedy’s third anniversary, the city of Humboldt and the Humboldt Broncos Memorial Committee jointly announced plans for a $25 million tribute centre and roadside memorial, as well as plans for a national capital fundraising campaign to support construction costs. 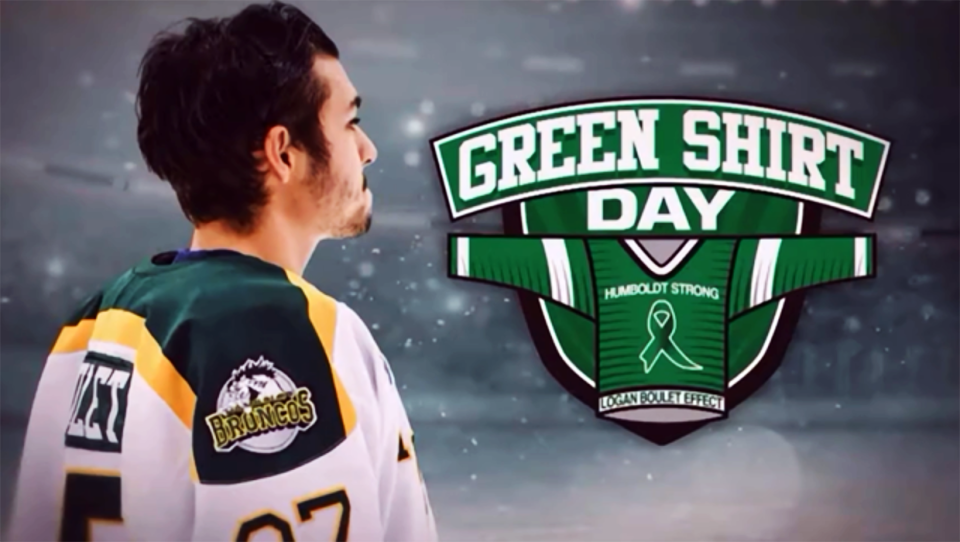 The projects are designed to uplift and inspire hockey communities across Canada and to ensure those who died are always remembered.

The roadside memorial will be erected at the site of the crash, something that Bernie believes will ensure the stories live on.

Wednesday is Green Shirt Day, which honours the impact Logan Boulet’s legacy has had, by inspiring Canadians to talk to their families and register as organ donors.

Logan’s decision to donate his organs helped to save six lives, and the Logan Boulet Effect soon followed.  Nearly 147,000 Canadians registered to be donors in the two months after learning the player had signed his donor card.