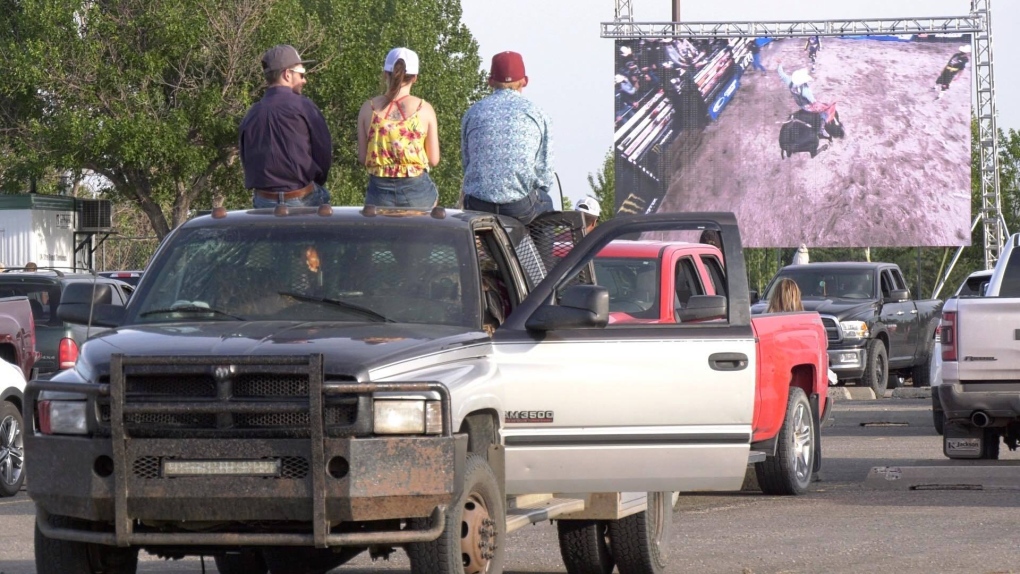 Bull riding fans watched the PBR tour from the parking lot at the ENMAX Centre in Lethbridge on Thursday.

LETHBRIDGE -- The Professional Bull Riders tour (PBR) hosted its Monster Energy Tour Live Drive-In Spectacular at the ENMAX Centre Thursday night, and for organizers who previously said there was pressure to pull off the event, they were pleased with the results.

"I think it was just short of a grand slam for us," said PBR Canada director of operations Jason Davidson.

Davidson said the night did present a few challenges for organizers.

"It’s tough to keep the social distancing restrictions in place when you’re at a live event," he said.

Due to COVID-19 restrictions, fans couldn’t enter the ENMAX Centre to watch from the stands. Instead, bull riding fans watched the event from the comfort of their cars on a big screen outside.

Spectators in more than 40 vehicles took in the show. The cost was $59 per vehicle, which allowed up to four people to watch the event.

For riders, it was a new normal kind of atmosphere they had to get used to, but one they were excited about.

"Awkward feeling being in a building with no spectators or anything but all the riders were pretty excited and eager to be back," said PBR rider Dakota Buttar. "We’re all following it the best we can, as long as we can keep doing this, we can keep trying to pay the bills."

"Whatever we have to do, we’re going to do," said Buttar.

The PBR Canada tour's next stop will be in Medicine Hat at the Canalta Centre on Sept. 26.