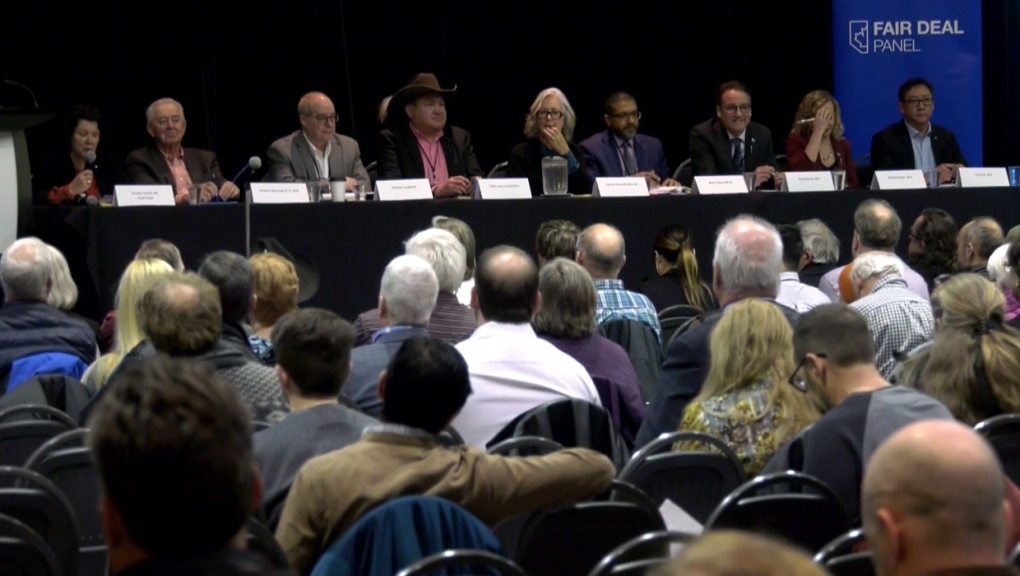 CALGARY -- More than 500 Calgarians gathered Tuesday night at the Commonwealth Centre to express their concerns to the province’s "Fair Deal Panel."

The nine-member panel is comprised of current and former politicians as well as business, legal and Indigenous leaders. It aims to consult with Albertans on ways to give the province a bigger voice on the national stage and advance economic interests.

Calgarians had a chance to voice their questions and frustrations on building more pipelines, concerns over creating a provincial police force, withdrawing from the Canada Pension Plan and equalization payments.

Panelist Donna Kennedy-Glans, a former MLA, said Albertans are clearly frustrated, but added this exercise is meant to give everyone a chance to be heard.

"What is interesting is to see what people will do with their frustration," said Kennedy-Glans. "Will they stay stuck in the anger? And that's understandable but not desirable, but at heart, Albertans are really pretty realistic and they care about how other provinces see us. They care about other provinces."

Kennedy-Glans said the panel has been fielding quality questions from informed Albertans regarding what level of government should be making decisions for them.

According to the panel, many of the suggestions put forth during the town hall events will go directly to the Alberta government.

The panel members will also take notes and follow up with information on its Fair Deal Panel website to explore new ideas and answer questions.

The Fair Deal Panel will host townhall events on Dec. 11 in Lethbridge and in Grand Prairie on Dec. 18.

Additional panel events have been scheduled for: