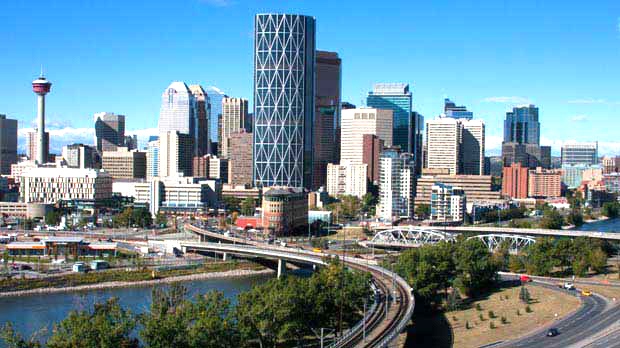 Forced to deal with a 200 per cent property tax hike over the last six years, Bernard Drouin just wants some type of break, any type of relief, for his 17th Avenue Framing business.

Drouin received his property tax bill from the city earlier this week and is staring down a 20 per cent increase in just the last year alone. He’s one of the more than 8,000 Calgary commercial property owners saddled with a tax increase of at least 10 per cent this year. Some are forced to deal with jumps of 40 per cent or higher.

“Six years ago I purchased the property and the property tax at the time was nearly $18,000 a year. This year it’s $54,000,” said Drouin. “You try to run a business and try to make a plan, but my six year plan didn’t include my property taxes going up 200 percent.”

Late on Thursday, council came up with a pair of proposals to try and help out struggling small businesses.

The majority of city council, 13 councillors as well as the mayor, signed off on an ‘urgent notice of motion’ to dish out $190.9 million of relief to non-residential accounts “on a basis proportional to their increases,” the motion says.

“We absolutely have to do something in 2019,” Ward 13 councillor Diane Colley-Urquhart said to reporters Thursday. “Even if the bills have come out, that’s not a reason for me not to go forward.”

The motion calls for the city to reduce the municipal budget by $60 million in 2019 and use $70.9 million of funds that had previously been set aside. If the proposal moves forward after discussion on June 17, councillors are also asking administration to put in a formal request to the provincial government to help out in the relief.

“The City of Calgary needs to look after its own house,” minister Kaycee Madu said in a statement to CTV News. “Council needs to think about where this money has gone and why it has become so reliant on passing its spending hikes onto businesses.”

The second council idea comes from Ward 11 Councillor Jeromy Farkas — the lone signature missing from the first proposal — who pitched a plan to reduce the pay for members of council, city staff and city union members. The motion also calls for council to take $50 million out of the Opportunity Calgary Investment Fund and find $35 million in budget savings.

The Canadian Federation of Independent Business (CFIB) applauds the City for taking a step forward in providing small business help. But CFIB Vice President Richard Truscott wondered why council has taken so long to figure this out. “This train’s been coming down the track for a long time,” Truscott said, adding the CFIB has been fielding calls and emails for days from small business owners complaining of exorbitant bills.“Can you imagine opening up your tax bills and facing a $30,000 or $50,000 increase in your property taxes and you’re only a five- or ten-person small business? Where are you going to get that money from — there’s no magic printing press in the basement, there’s no money tree in the back.”

Without a magical money tree, Drouin said he plans to take on more hours at his framing businesses and do even more of the work himself.  “You need to do what you need to do to keep the doors open.”