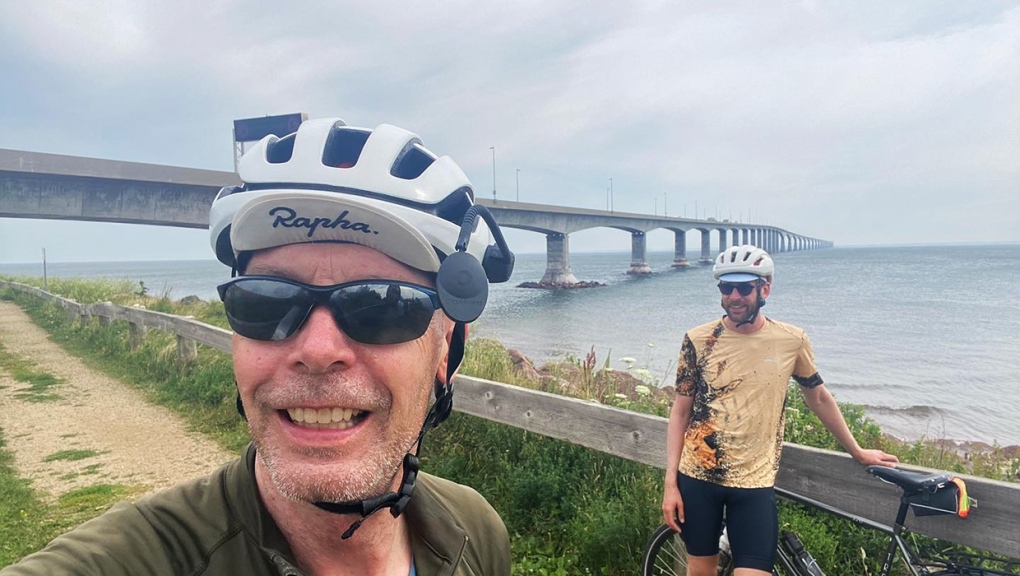 McDonald, who is a 61-year-old public sector sales manager for Bell Media, set out May 15 with his 29-year-old son Liam to cycle across Canada to raise money for the Alzheimer Society of Canada.

Calgarian Dan McDonald is one-day away from completing a 6,600-kilometre cycling trip across Canada, and fulfilling a dream 30 years in the making.

McDonald, who is a 61-year-old public sector sales manager for Bell Media, set out May 15 with his 29-year-old son Liam to cycle across Canada to raise money for the Alzheimer Society of Canada.

Friday night, McDonald spoke to CTV News from Newfoundland, around 34 kilometres from St. John, where the journey ends.

"I feel very grateful I've been able to do this with my son," McDonald said. "6600 kilometres biking across this country. I've been thinking about doing this for 30 years. I didn't know if my knees would let me, because I'm a lifelong runner, but after getting across the Rockies, past Roger's Pass, you realize, you can do it.

"It was challenging," he added, "but mentally – having Liam with me helped a lot." 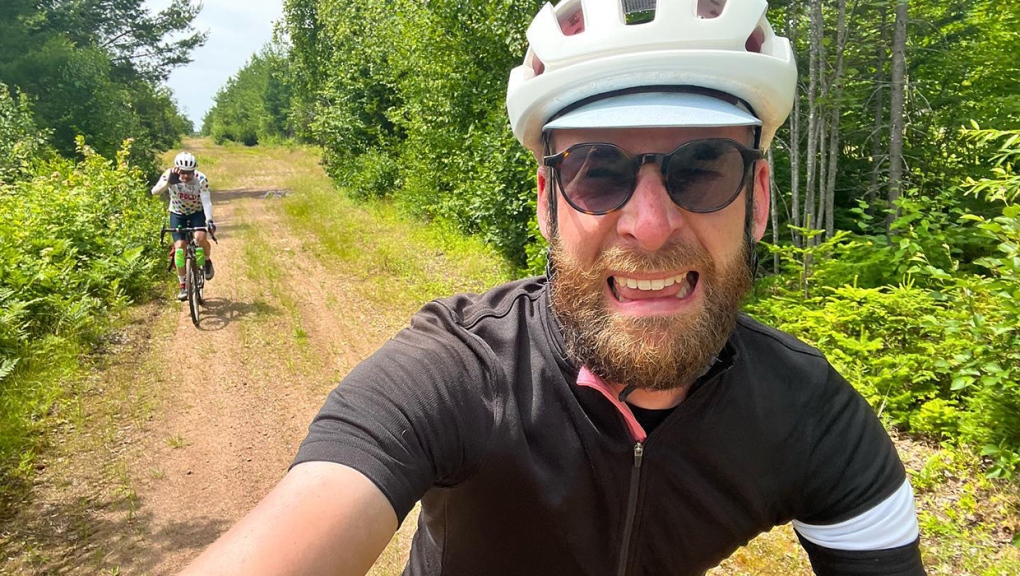 Dan and Liam McDonald on a trail in New Brunswick

While the trek through the Rockies was psychologically daunting, and hoofing it over Lake Superior on the isolated Highway 17 route between Thunder Bay and Sudbury was more challenging than he originally imagined it might be, one of the worst parts of the trip was when the two men were biking across Saskatchewan, and the weather changed just east of Regina.

"Coming out of Regina, we were averaging 27 km/h because we had a nice breeze at our backs," Dan said, "but then we ran right into a 40 km/h headwind.

"I usually rode first, but (that day), we had to switch. The wind was so constantly hard, and it started raining, we were down to 15 km/h that day.

The McDonalds were accompanied across the country by his sister Joanne, who bought an RV and cooked meals and provided moral support – which was badly needed when all three of them caught COVID-19, forcing the cyclists to stop for a week to rest and recover.

That also resulted in a few shortened days coming back, as McDonald's energy level flagged.

"Your endurance is gone after COVID," he said.

At various points along the journey, McDonald's wife Kelly joined the caravan, as did Liam's girlfriend Piper. 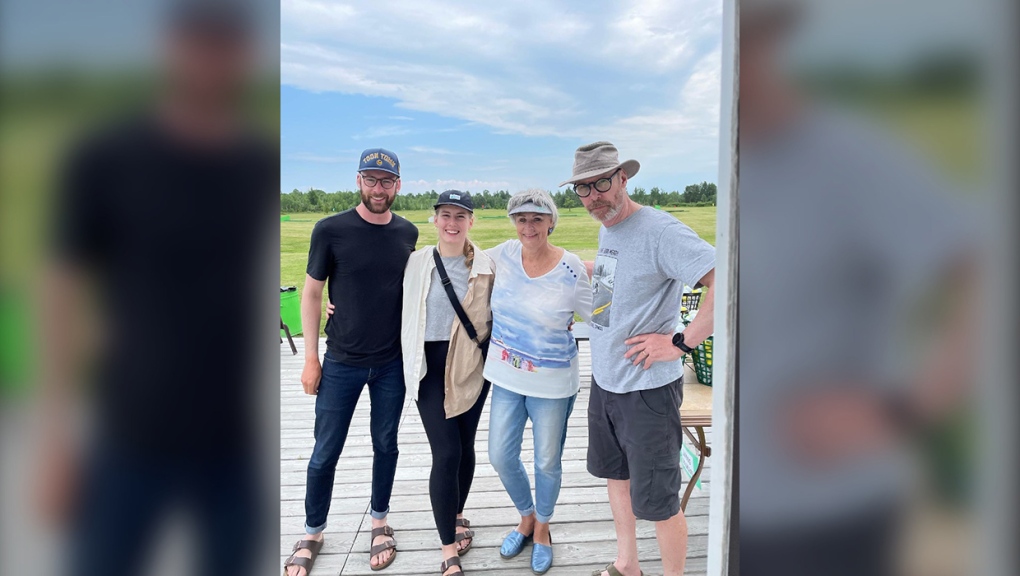 (The only McDonald missing was son Brendan, an aspiring architect, who had to work.)

"It's been a family affair," he said, of the fulfillment of a 30 year dream.

His only regret was that his mom Lucy, who was living with dementia in a nursing home, passed away just before the pandemic and wasn't able to see him and Liam complete the trip.

On his website, www.milesformemory.ca, McDonald wrote that Lucy always encouraged him to follow his dreams, adding that "She did think my dream to pedal my bike from coast to coast would not be her dream, but still encouraged me to pursue it."

McDonald is raising funds for Alzheimer's Society of Canada, an organization that he says is "chronically-underfunded."

"Once Lucy was in long-term care, we saw that the staff’s understanding and education on dementia care were critical," he writes on the website. "The Alzheimer Society of Canada has a mission to alleviate the personal and social consequences of Alzheimer's disease and other dementias. The Alzheimer Society is actively funding the search for causes, treatments, and a cure."

McDonald said 100 per cent of donations go to Alzheimer's research in the province of the donor.

How did he plan to mark the occasion of the end of the trip Saturday in St. John?

"Celebrate," he said. "The seafood in St. John is phenomenal." 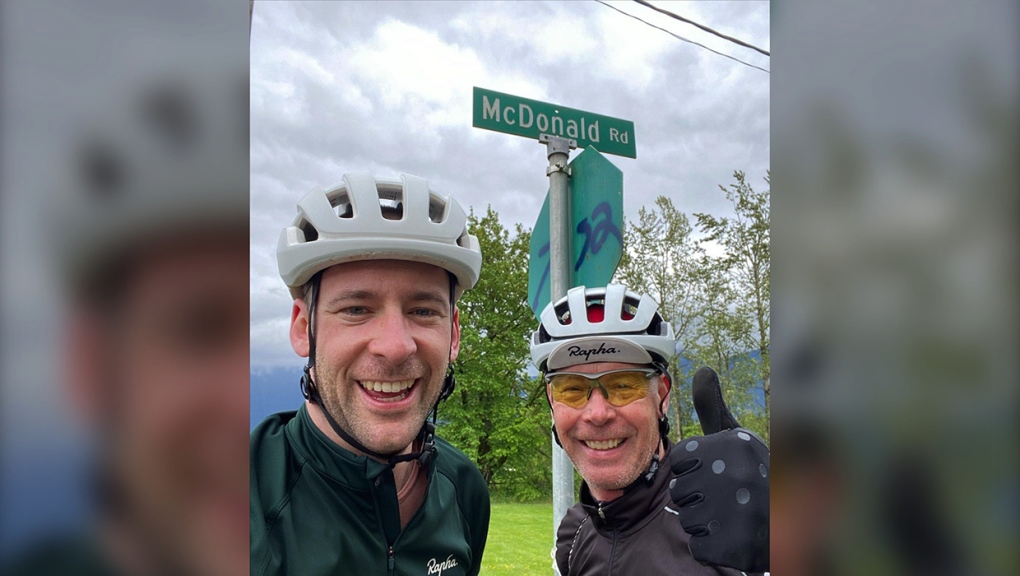 Canadian Tire Corp. has ended its partnership with Hockey Canada as the fallout from the sporting organization's handling of alleged sexual assaults grows.

The International Monetary Fund is once again lowering its projections for global economic growth in 2023, projecting world economic growth lower by US$4 trillion through 2026.