The priest of the All Saints Russian Orthodox Church says he received several calls on Tuesday night from a man threatening its members.

"He said are there going to be any Russians there? I said yes, although we have 15 nationalities in our parish," said Dmitry Grygoryev.

"He said I don’t care is there going to be any Russians? I said yes. He said you’re all going to be dead."

Grygoryev himself is Ukrainian and still has family back home. And 30 per cent of church members are from Ukraine.

He reported the multiple threats to police. 36-year-old Christopher Duchaine of Calgary has been charged with five counts of criminal harassment. All five of the reported incidents have been deemed hate-motivated crimes.

"It’s not acceptable. We won’t tolerate people being victimized based on who they are as a person."

It’s not the first time Grygoryev’s church has been targeted. Back in February when Russia invaded Ukraine, someone vandalized the church and splattered red paint all over the steps and doormat. The priest says they are managing the best they can with the repeated attacks. 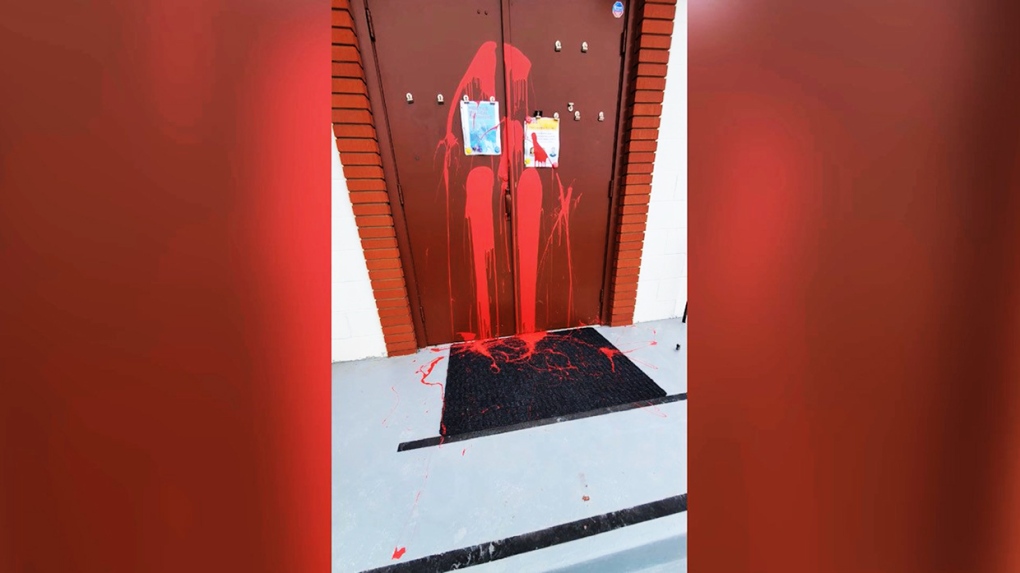 The priest said about 30 per cent of the members at his church are Ukrainian and he himself was born and raised in Ukraine before going to school in Russia.

"We are not supporting the war. War is a tragedy for everyone and innocent people get killed and the best weapon to stop the war is prayer."

"And in the last couple of weeks, we’ve seen another rise in files and we really aren’t sure what the trend is there," said Messenger.

On the same day Grygoryev received the threatening calls, CPS received four additional reports of threats and harassment against Russian-Calgarians. All of the incidents were investigated and found to be related. CPS is encouraging anyone who is a target of hate crime to report it to them.

Grygoryev is extending an olive branch to anyone who has questions about their congregation or about the conflict.

"We can find the common ground and we can explain and share opinions right? We are humans. Not animals."