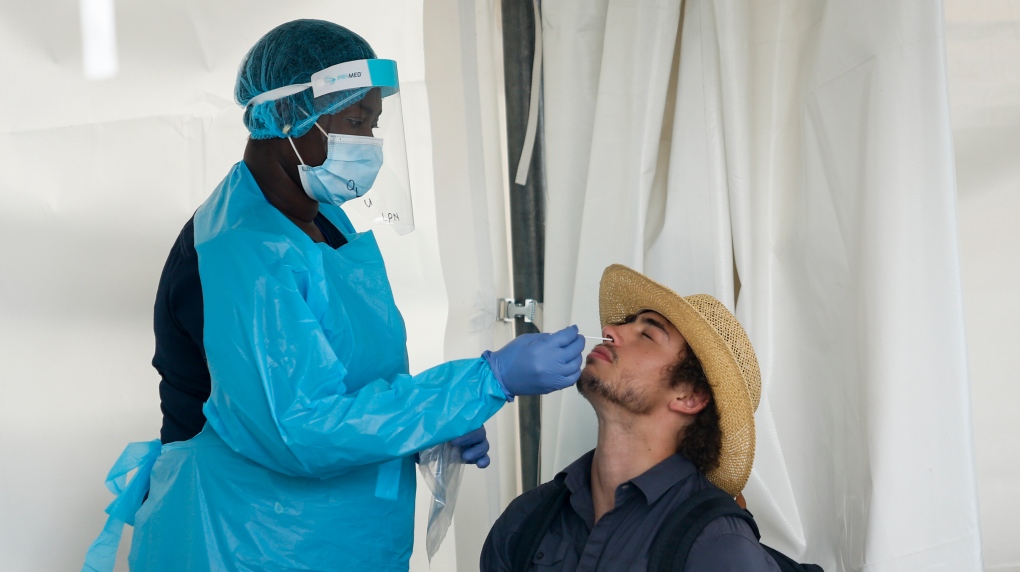 A visitor to Nashville North has a rapid COVID test at the Calgary Stampede in Calgary, Friday, July 9, 2021. THE CANADIAN PRESS/Jeff McIntosh
CALGARY -

As the province has set a date to drop most of its COVID-19 restrictions, statistics indicate that the number of active cases in the city of Calgary have jumped.

According to the latest data, which consists of the figures recorded as of July 29, there are 796 active cases of COVID-19. A week ago, on July 22, that number was 367.

A further look at the data released by Alberta Health Services (AHS) shows that cases have surged in all health regions in the city, including in Calgary-Lower Northwest, where there were zero active cases on July 12.

On Friday, a group of individuals, concerned with the province's plan to drop many of the COVID-19 guidelines next month, rallied outside McDougall Centre, the UCP government's seat of power in Calgary.

The demonstration included a number of doctors and had a speech from Dr. Joe Vipond, a Calgary ER physician who has been very outspoken throughout the pandemic.

"It's insane, it's this incredible experiment of how many people we can get sick," he said.

On Saturday, a similar rally was held on the steps of the Alberta legislature. Organizers there said they sought to dispel the "misinformation" about the pandemic and open lines of communication.

"We need to get this message out," said Albert Nobbes, member of the Alberta Activist Collective and organizer of the event. "We can't let this government proceed with dropping the ball in every angle." 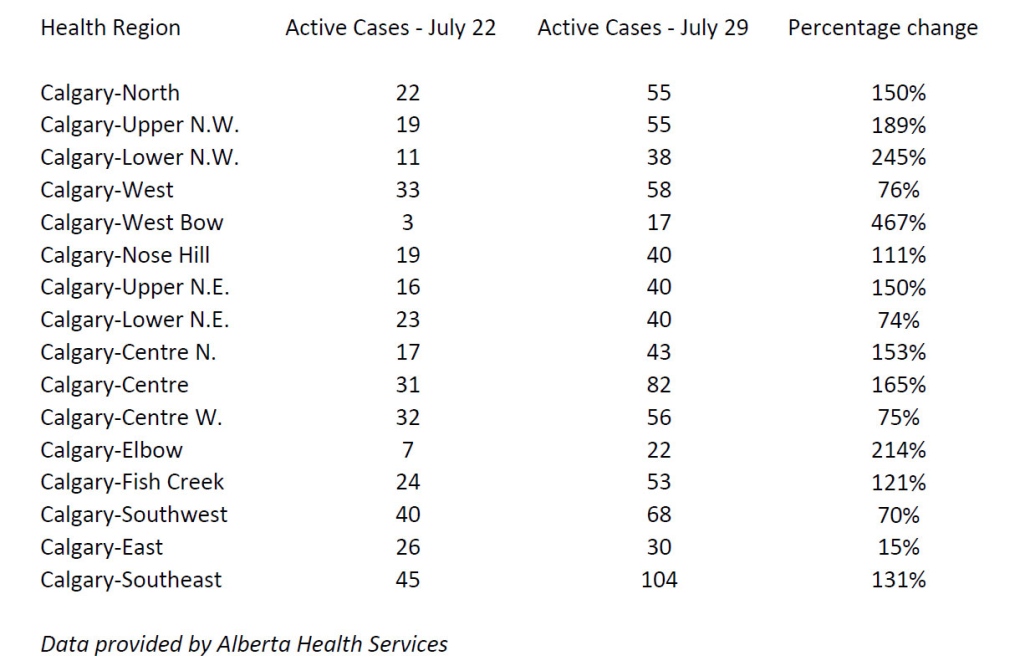 However, despite the increase in cases, AHS has not recorded a death due to COVID-19 in the city since July 6.

There have been 624 deaths associated with the disease in Calgary since the beginning of the pandemic.