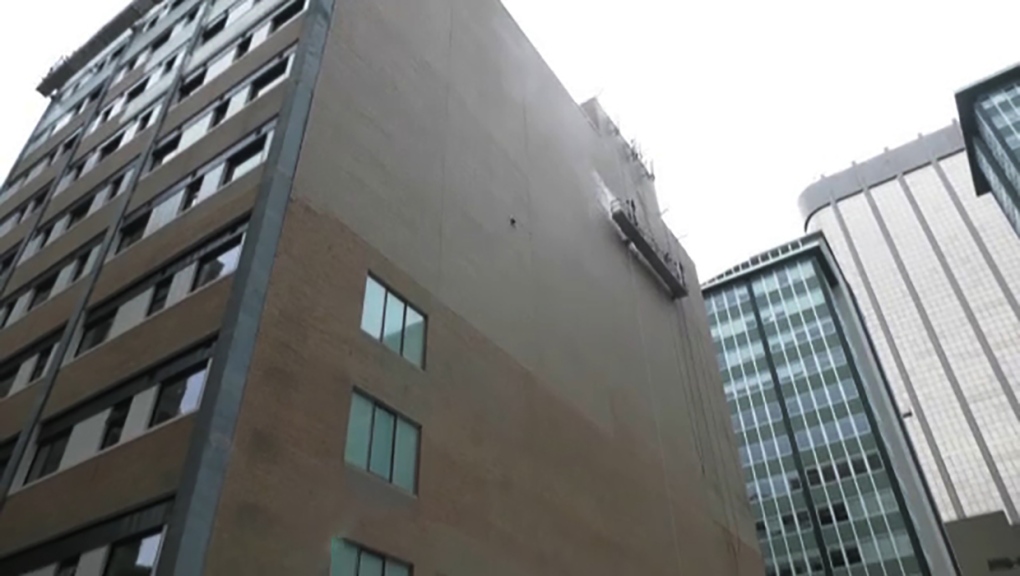 A new affordable housing complex has been set up in downtown Calgary, the first former office tower in the core that has been repurposed in such a way.

Last June, work began on transforming the 10-storey Sierra Place – the former home of Dome Petroleum – into six floors of affordable housing as well as four floors of shelter and transitional support services.

Officials say the project makes Calgary into an example for other Canadian cities.

"Calgary has demonstrated that vacant office space can be repurposed to help address the housing crisis in Canada," said Bernadette Majdell, HomeSpace CEO, in a release. "Together, with support from all levels of government and several generous private donors, we have created a space that offers families a pathway to stability through safe housing."

The project, which cost approximately $30 million, included contributions from:

All three levels of government are happy with the results of the investments.

"This announcement is a great example of how our government’s housing funds are having a tangible impact on Calgary communities. Having access to safe and affordable homes is key to a healthy life."

Neoma is equipped with a variety of one-, two- and three-bedroom units and can house approximately 180 people.

Russia freed WNBA star Brittney Griner on Thursday in a dramatic high-level prisoner exchange, with the U.S. releasing notorious Russian arms dealer Viktor Bout, American and Russian officials said. The swap, at a time of heightened tensions over Ukraine, achieved a top goal for U.S. President Joe Biden, but carried a heavy price -- and left behind an American jailed for nearly four years in Russia.

Prince Harry and his wife, Meghan, offered a sweeping indictment of Britain's media and the racism they believe has fuelled coverage of their relationship in a Netflix documentary series that promises to tell the "full story" of the couple's estrangement from the Royal Family.

The federal government appears to be on the verge of presenting new legislation aimed at strengthening Canada's early learning and child-care system. On Thursday at 11 a.m. ET, Minister of Families, Children and Social Development Karina Gould will be making what her office is calling a 'national announcement' on this topic.