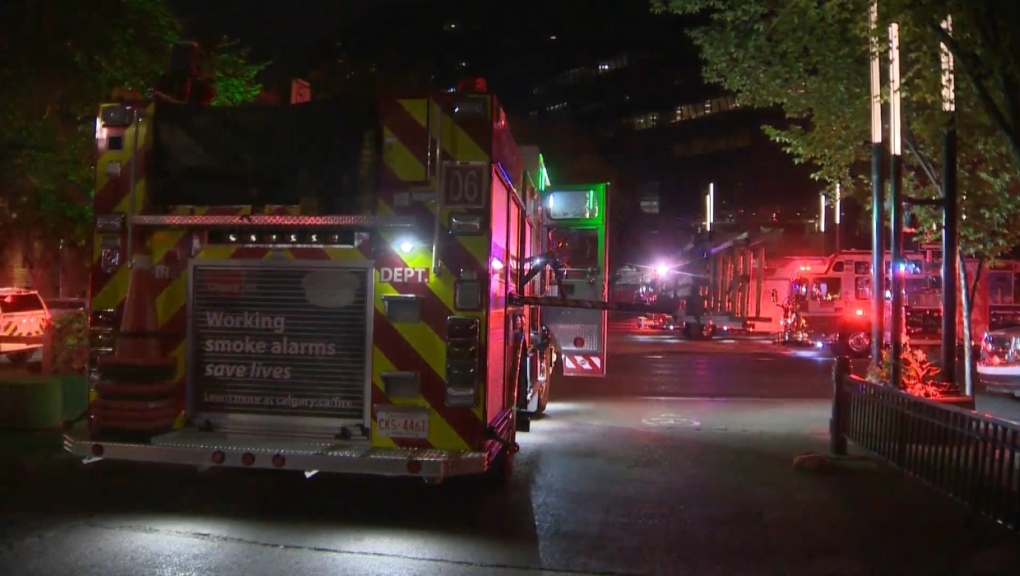 Alberta's police watchdog is providing more insight into an incident at Calgary city hall earlier this week that saw a man set multiple fires inside.

Police were called to the municipal building at 4 a.m. on Aug. 2 for reports of a break-in, and arrived to find a man with a knife lighting fires.

The male was taken into custody shortly after with the help of the Calgary Police Service's K-9 unit.

ASIRT says the man sustained "significant" injuries during his arrest.

Paramedics treated him on scene, then rushed him to hospital.

In addition to the knife, ASIRT says officers recovered accelerants used to set the fires. 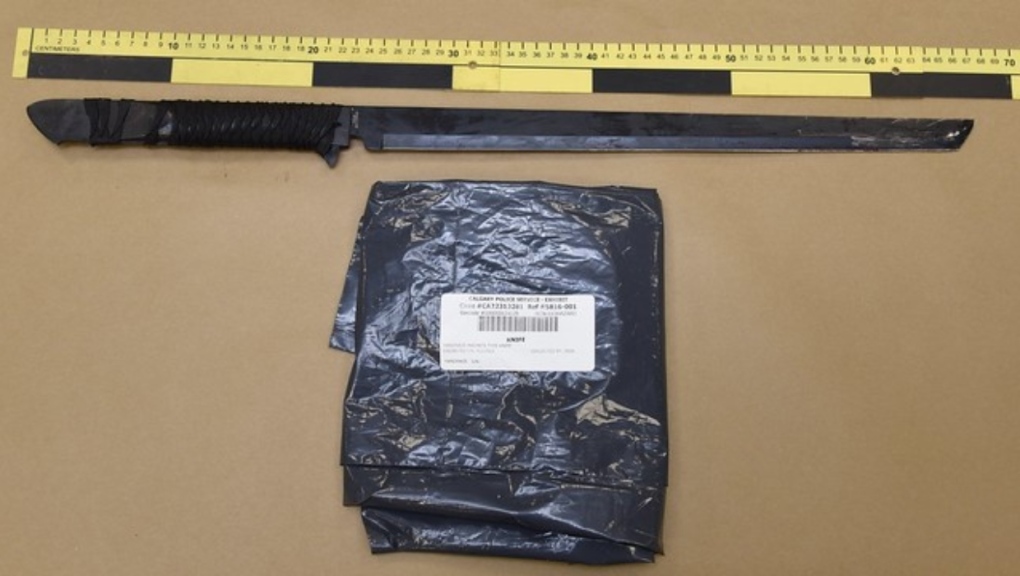 ASIRT displays the large, edged weapon located on scene at the Calgary municipal building after a break-in on Tuesday, Aug. 2, 2022. (ASIRT)
As ASIRT investigates the use of force by police, the organization is asking those who may have witnessed aspects of the arrest or the events leading up to it to please them at 403-592-4306.