It’s been said no one’s success is complete without failure, but a new international exhibit in Calgary is proving that even some of the most talented innovators had some of the worst ideas for consumers.

The Museum of Failure officially made its Canadian debut when it opened on July 1 at Southcentre Mall, featuring more than 130 displays of failed innovations.

Some of the lowlights include such monumental flops as Google Glass, Colgate beef lasagna, fish-flavoured water, and the E.T. video game.

Calgarians were also able to check out a hula chair aimed at weight loss, an electrical face mask and Jarts – a so-called ‘family-friendly’ lawn dart game – that injured thousands of people.

The museum was originally conceived by psychologist and innovation researcher Dr. Samuel West. Since making its debut in Sweden, the travelling exhibit has visited cities such as Los Angeles, Paris, and Shanghai.

Showpass CEO and Founder, Lucas McCarthy organized the Calgary event and said it provides a unique insight into the risky business of innovation.

“We have all types of failures, everything from commercial failures from a financial perspective, failures from the idea of naming things wildly incorrectly, failures for research and just some genuine incompetence,” he said. 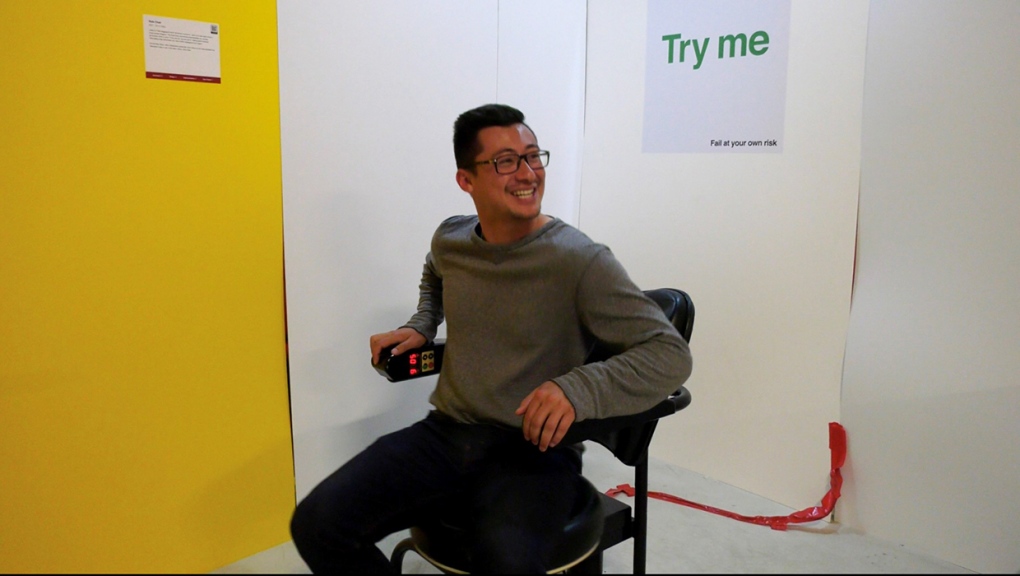 Since making its debut in Sweden, the travelling exhibit has visited cities such as Los Angeles, Paris, and Shanghai.

Visitors to the museum like the Michelle Beldi couldn’t agree more that some ideas, although foolish at the time, could lead to great business triumphs.

“I think this is absolutely a lot of fun,” she said.

“I'm gonna actually take some of this stuff I learned back to me at work because we're all about innovation so there's some ideas here that I can kind of capitalize on.”

The museum also gave Calgarians the chance to share their own personal failures by writing them down on sticky notes and pasting them on the wall.”

Everything from ‘texting my mother-in-law instead of my wife’, ‘drinking too much tequila,’ and ‘plugging a power bar into itself’ was written down.

Joshua Harrop was amazed at the human element of the exhibits.

“It shows you have to roll with the punches,” he said.

“But honestly don’t ever be afraid to ask for help, know your market because there are ups and downs, your idea is going to change.”

The Museum of Failure is open until the end of August and is located at an exterior entrance on the south side of Southcentre Mall near the Decathlon store.

Hours run from 10 a.m. to 8 p.m. Wednesday to Sunday and tickets can be purchased online at Showpass - The Museum of Failure