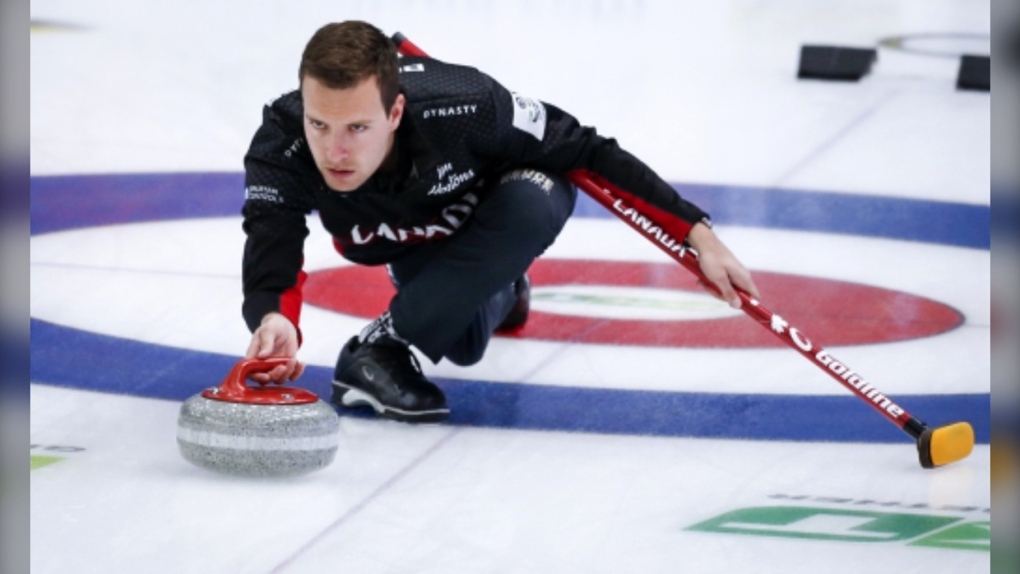 CALGARY -- An inconsistent performance from the Canadian back end proved costly in an 8-7 extra-end loss to Russia on Wednesday at the BKT Tires & OK Tire World Men's Curling Championship.

Third Darren Moulding and skip Brendan Bottcher both had some late miscues as Canada fell to 7-3 in round-robin play at the Markin MacPhail Centre.

“I would say it was actually a pretty good effort,” Bottcher said. “We made a lot of shots out there. There were a few that didn't land in quite the right spot but sometimes it just happens. That's the game.”

A pair of Moulding misses in the seventh end forced Bottcher to draw the button against three for a single and 4-3 lead. Bottcher's last stone in the eighth over-curled, setting up a Sergey Glukhov tap for two.

Moulding and Bottcher were both light with their final throws in the ninth as Russia stole a pair. Bottcher made a brilliant runback double to score three in the 10th end.

Canada set up the extra end to make Glukhov throw an inturn draw with his last stone. A heavy sweep from all three of his teammates did the trick as the Russian rock stopped a whisker closer than the Canadian stone on the 12-foot ring.

“It's amazing,” said Russian lead Anton Kalalb. “My legs are in a tremor right now. It's a great feeling.”

It was Russia's first victory over Canada in eight tries at this competition.

Moulding shot just 67 per cent in the game while Bottcher struggled at 71 per cent. Canada will play defending champion Niklas Edin of Sweden on Wednesday night.

After 17 draws, Sweden and Russia were tied in first place at 8-2. Canada was in a four-way tie for third place at 7-3 with Norway, the U.S., and Scotland.

The top six teams in the 14-team field will make the playoffs. Switzerland's Peter de Cruz was alone in seventh place at 5-4 and Italy was next at 5-5.

The Canadian front end of second Brad Thiessen (85 per cent) and lead Karrick Martin (90 per cent) had strong percentages but the Russians were steady and delivered when needed.

“They put some pressure on, we gave them a couple half-shots and they were able to capitalize,” Bottcher said. “Ultimately we made a good shot in 10 and made them throw one more for the win and he came up just there. It was an incredible sweep on their part.”

The top two finishers in the round-robin earn byes to the semifinals on Saturday.

Teams sitting third through sixth in the standings will compete in qualification games with winners to reach the final four. Medal games are set for Sunday.

Edin beat Canada's Kevin Koe in the 2019 world championship final in Lethbridge, Alta. The 2020 event was cancelled due to the pandemic.

The top six teams will also earn spots for their respective countries at the 2022 Winter Olympics in Beijing.

No spectators are allowed in the WinSport Arena, which was also the case at the recent Canadian men's, women's and mixed doubles championships.

Two Grand Slams are next on the bubble calendar before the world women's playdowns in late April.

This report by The Canadian Press was first published April 7, 2021