Cardston area cleaning up after severe hail and wind storm 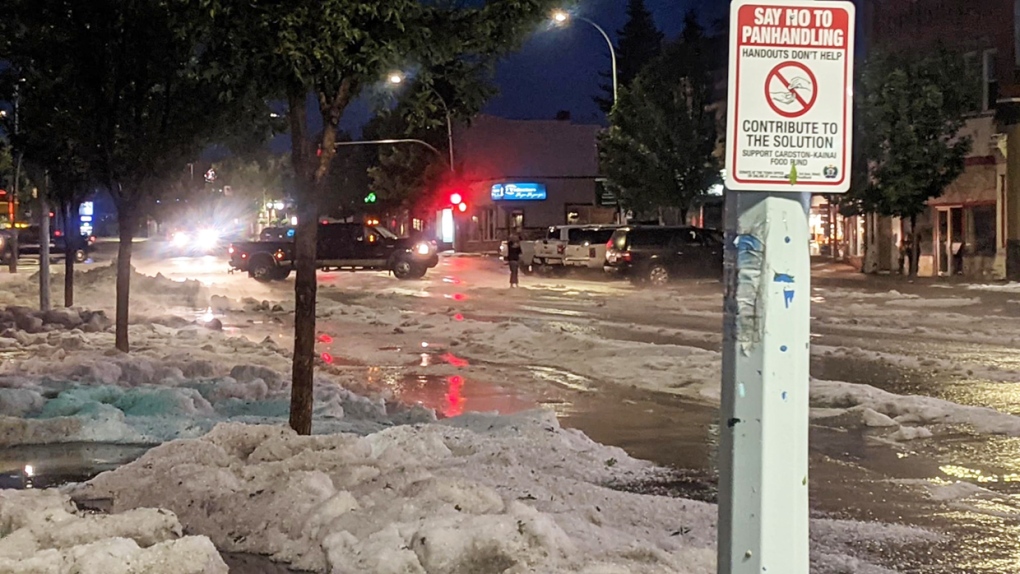 Hail was piled close to a metre high in some places, looking more like a snow storm had swept through the community after a big storm Monday night. Lower parts of downtown Cardston were flooded as the hail began melting.
LETHBRIDGE, Alta. -

A massive clean up is underway in Cardston and parts of the Blood Reserve after a severe hail storm hit Monday evening.

Hail was piled close to a metre high in some places, looking more like a snow storm had swept through the community. Lower parts of downtown Cardston were flooded as the hail began melting.

“Some doors had been blown in, and there was pretty heavy flooding coming up to the wheel wells on trucks," said Chamber of Commerce President Tarence Kemp, who was contacted by RCMP to notify business owners in Cardston.

The storm started around 8:30 p.m. and lasted about 30 minutes. Kemp said town emergency crews were already working when he arrived at his store.

“They had dozers and front end loaders moving hail and opening up water drains.” 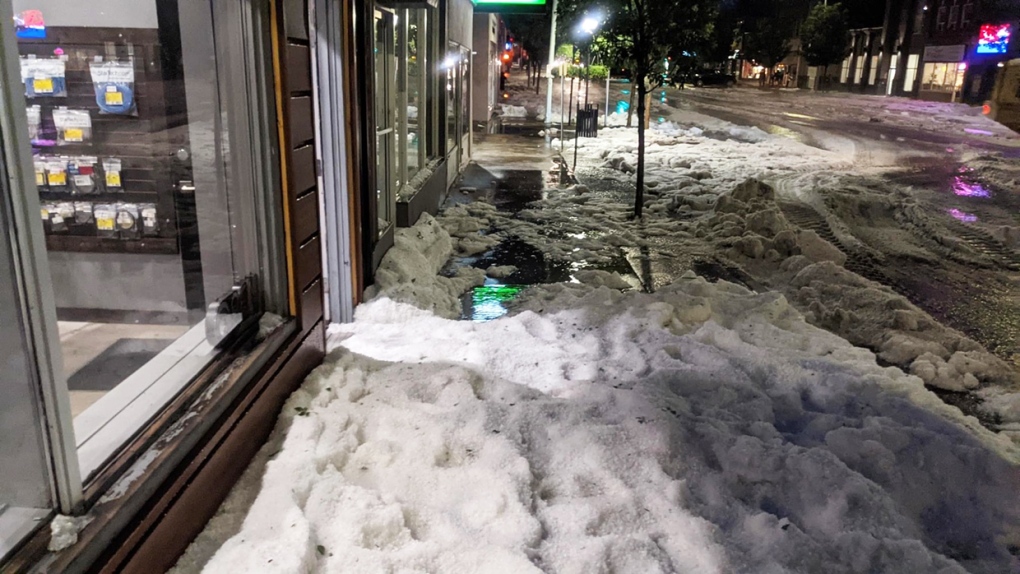 Kemp said volunteer emergency services helped out, along with town councillors, including Councillor Paula Brown, who was helping to shovel sidewalks.

“Emergency crews were running until two or three o’clock in the morning moving hail, water and snow together.”

He said many business owners were working until past midnight to deal with flooding or other damage.

The work resumed Tuesday morning, as businesses began connecting with their insurance companies and contractors.

Kemp said it was impressive to see everyone coming together during an unexpected emergency, “in the beginning of July, with our heat wave, followed by tonnes and tonnes of hail and snow.”

There are also reports of damage to homes and vehicles on the Blood Reserve, north of Cardston. 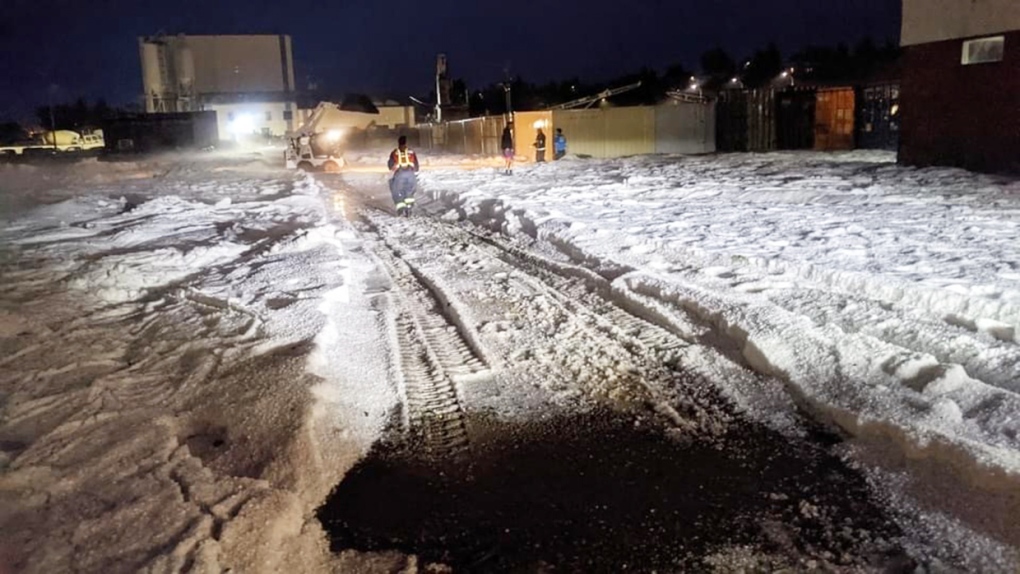 “My car felt like it was going to be picked up and thrown,” said Valarie Fox.

She was in her car, just down the road from her house, when the storm hit.

“It was really scary. I sat in there and just held on,” she added.

“I asked myself, is this a tornado?”

Fox said the clouds were swirling, debris was flying through the air and her car was lashed by rain that was coming in sideways.

“It was dark, and then it turned white, and I could see nothing around me.”

She estimates the storm lasted about 25 minutes before it headed south towards Cardston.

That’s when Fox got a phone call from her husband Gerald, who was at home. “He said the roof is gone.”

Half of the roof was ripped off the house, 12 kilometers south of Stand Off. Fox said her husband was inside trying to keep the door from blowing open.

“It was a dangerous situation. Water was pouring into the house from all the light fixtures, walls, and windows.”

The storm also snapped a large tree limb in their front yard, and took down the power line.

The couple spent the morning removing possessions from the house, and drying them off outside.

The Red Cross has offered emergency accommodations for the next three days.

There are reports of damage to other homes and at least one of the vehicles in a neighbors yard, but Fox said she’s thankful nobody was injured.

“It could have been worse.”