While gas prices in Alberta are currently averaging around $1.70, many southern Albertans have been making their way to Claresholm for even cheaper gas.

"If you get a chance, might as well stop by if you can coming through Claresholm," said Deb Golding who was driving from Crowsnest Pass to Okotoks.

Gas stations in Claresholm have been lined up for the past few weeks and it's easy to see why.

Meanwhile, other community gas stations along Highway 2 are charging at least 15 cents more according to online price-tracker GasBuddy.

"Stations have much more discretion right now at what to price at and that's because of a massive decline in the wholesale price of gasoline over the past six weeks," said GasBuddy’s head of petroleum analysis, Patrick De Haan.

"So some stations are passing along the decreases quicker, others not so much."

With five stations in Claresholm, these lower prices have led to competition. 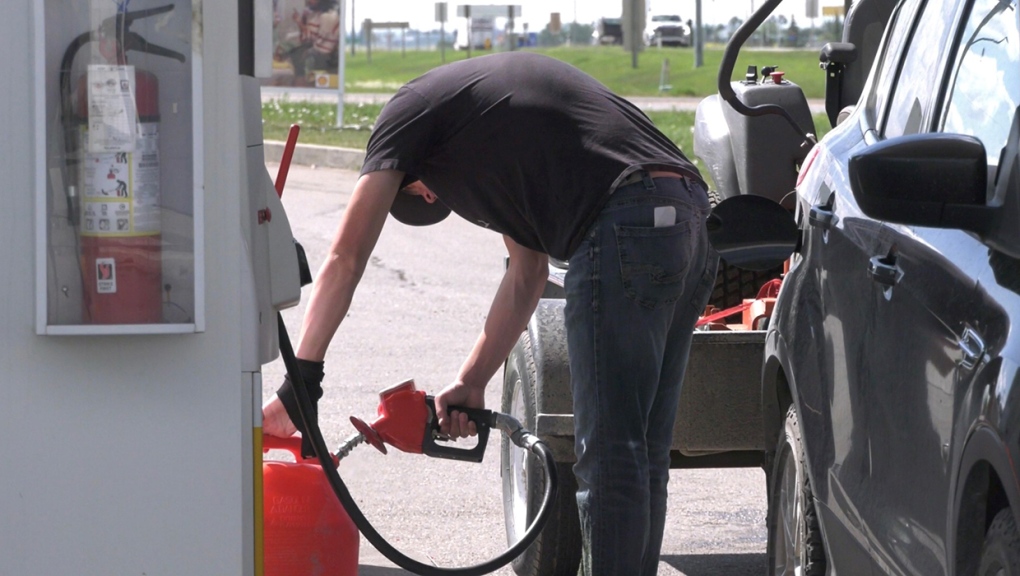 With five stations in Claresholm, these lower prices have led to competition.

"Some times, some stations go down really quickly and their competition may be undercut and get very frustrated and that can induce price wars in various areas."

Below average prices in recent weeks have led to massive lineups, verbal altercations between customers and even stations running out of gas by mid-afternoon.

However, to help the residents, the Shell on the south end of town reserves their first two pumps for locals only from seven to ten every morning.

Despite all this, visiting customers and those passing through are happy to see more affordable prices.

"I love it, you come by and see this sign and it's pretty exciting and it should be everywhere in my opinion," said Golding.

"It's just one of those key spots you hit up," added Dirk Oviatt who stopped to fil up on his way back to Edmonton.

"We have a little bit of a bigger vehicle, so I want to make sure when we do fill up that we're filling up for the cheapest price possible."

Even UCP Leader candidate, Brian Jean, noticed on his way through town on July.25, posting a picture to his Twitter account and captioning it "Claresholm gets it".

Claresholm gets it.
Picture taken today. Still no explanation for Edmonton and Calgary. pic.twitter.com/dxNVaAcrzM

While the Shell and Esso still have the lowest gas prices you can find in Claresholm, places like the 7-11 and Fast Gas have raised theirs to $1.55.

De Haan says it may only be a matter of weeks, or even days, before the rest raise their prices and follow suit.

"These price wars can end abruptly. If one station waves the white flag by raising prices, the other stations may go along with that, especially considering that wholesale prices have gone up in the last couple of days."

With the long weekend around the corner, it may be a good idea to fill up soon if you're planning to go to Claresholm since analysts predict potential price jumps on the way.

For more information on gas prices across the province, and country, you can visit the GasBuddy website.