UPDATE: the westerly wind gusts ahve gone above 30 km/h for your Monday afternoon, and likely press the 40s later on this afternoon. It's warm, dry weather. Tuesday, the shift begins. Previously, the impulse wasn't expected to move many needles; not a ton of moisture, no instability. Both of those principles have changed since; this may make for a couple millimetres of rain, instead of trace amounts.

Wednesday holds to scattered afternoon showers, which likely subside in time for the Red Lot to fill up. Then, we get to Thursday; the outgoing forecasts at this moment are looking 72 hours ahead at five to 10 mm of rain, some of which bleeds into Friday overnight.

Then, as it's starting to populate, the May Long Weekend temperatures are framed around recovering from this cooler spree of showers, thereafter giving in to temps below-seasonal, but still in the mid-teens.

As I sat down to put this article together, I crossed my fingers; I hoped that Friday's projections for rainfall in our city were going to hold steady and produce some meaningful rain for us.

It did! What a weekend – we get a Battle of Alberta, and we get some actual showers. So far, the highest amount of rain we've had occurred on May 8, with a grand total of (drumroll, if you please) three millimetres.

The early estimates are that from Tuesday to Friday, a pair of systems will cut off of the foothills; the first (Tuesday) is more likely to provide a remote band of isolated showers locally, and heavier rain nearer to Edmonton. There's still a shot for it to become the "new" heaviest rain event of 2022 for our city. It'll be a brief reign.

Into Thursday, however, a second system looks to roll from the south of Calgary, putting us on the northern edge; that's usually where the rain is, and could bode very well for us. This all said, it still may fall short of farmer hopes along our southern border with the U.S. Wednesday offers a preamble of rain for us.

Friday, another pocket of rain is possible, and then, just in time for the Victoria Day long weekend … dry weather!? We'll have to wait and see on that one, but it’s not out of the question just yet.

Today's pic is from Marion near Brant, Alta., which is a beautiful prairie scene highlighted by yellow-headed blackbirds. If anyone caught the lunar eclipse last night, send those pics by, too! 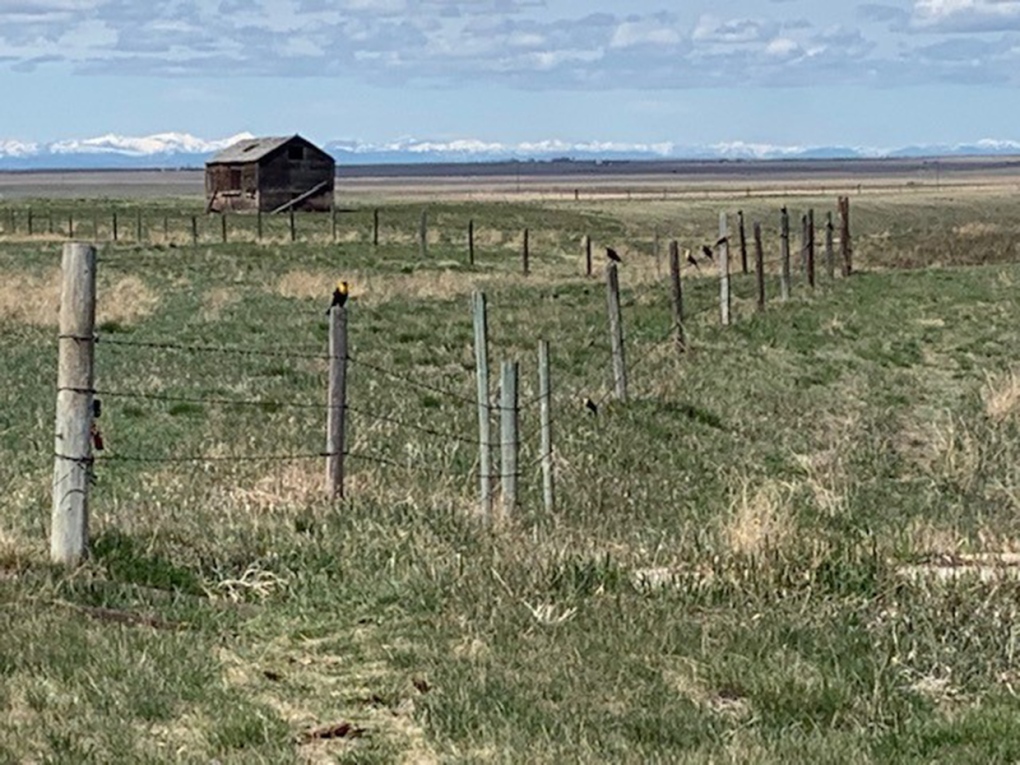