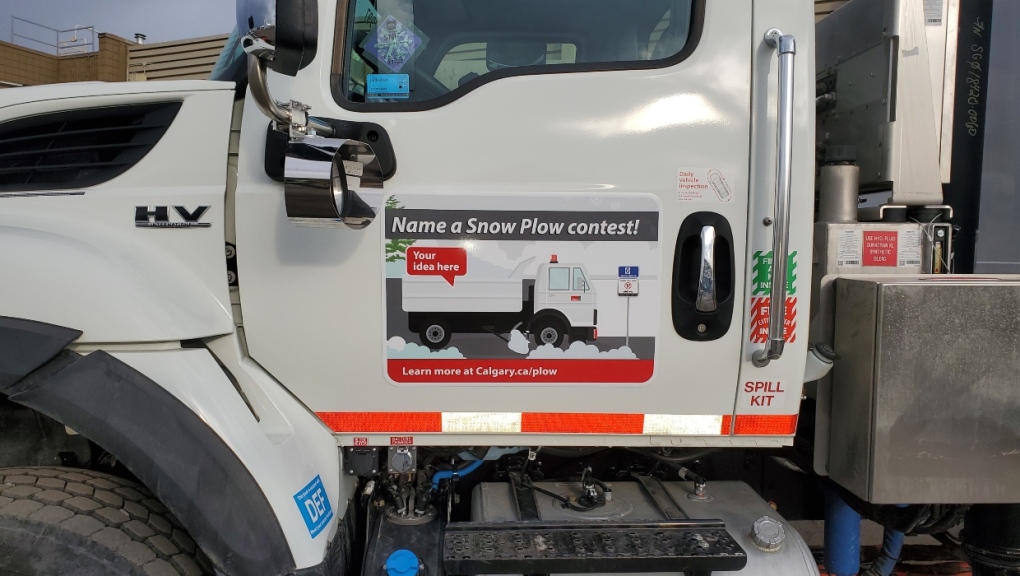 From Plowy McPlowface to Mr. Plow to Frosty the Snowplow, just over halfway through a City of Calgary contest to name its snow removal equipment, officials say a number of creative entries have already been received.

"There have been some names for beloved family members, pets, favorite television characters and some that are just the product of creative young minds," read a release.

"We wanted to remind you that there's still time to submit your plow name before the end of the month."

More than 750 submissions have been received from 50 classrooms and more than 500 individual students so far. Students and teachers can visit the city's website to submit ideas and there's also a colouring sheet and information page on its snow program, and a place to ask questions about how the city responds to snow during the colder months.

The contest is open until Nov. 30 for children and classes in Kindergarten to Grade 9 and the winning names will be announced in January 2022.

Some of those names will then be visible on the side of city plows when they're out tackling the snow, which can also be tracked through the city's online map.