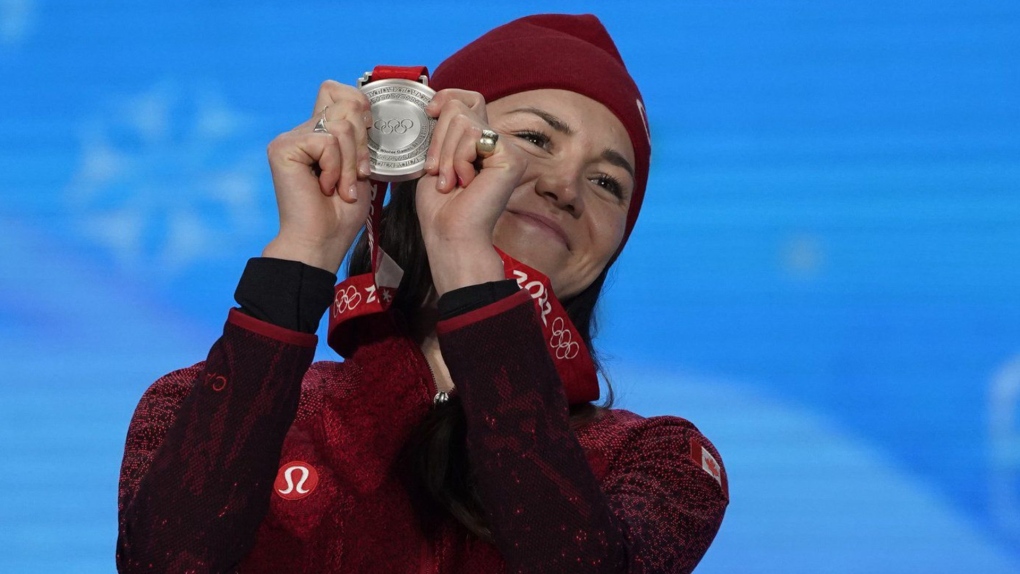 Isabelle Weidemann is proud of the state of her Olympic medals.

Winner of a complete set of gold, silver and bronze medals in Beijing in February, the 27-year-old from Ottawa encourages public handling of her hardware.

"I thought 'how could you keep your medal in that condition?' and now I see mine and I get it. When people want to hold them, and kids drop them, I really don't care. When I'm old and retired from the sport, I want them to be totally destroyed because I think that's the best part of it, being able to share that."

Weidemann also claimed silver in the gruelling 5,000 metres and bronze in the 3,000 metres.

She was just the third Canadian athlete to win more than two medals at a single Winter Games following speedskaters Cindy Klassen (2006) and Gaétan Boucher (1984).

The start of an Olympic quadrennial is transition time for athletes, particularly when they've achieved their Olympic dreams. Mindsets and targets change, and the door opens wider to life outside sport.

"I feel quite a bit different than I did the last quad," Weidemann said. "I came out of 2018 so excited to do four more years and just grind to 2022 to be prepared as I could to perform there. That motivated me for four years.

"I came back this year and I knew that I had to have different goals. I think I still have quite a few unresolved things I want to get out of the sport before I move on."

She will complete her undergraduate science degree by the end of this month. She's applied to medical school and if she's accepted, Weidemann would follow several Canadian athletes down that path.

Her former speedskating teammate Denny Morrison and Olympic hockey player Claire Thompson were both accepted to faculties of medicine this year.

Continuing to be tested daily beyond their athletic careers is a draw to the profession, Weidemann thinks.

"It is this intense passion that really pulls us towards it," she said. "This drive and this desire to just like grind every day, I think we all really like that."

On the ice, Weidemann is ready to gamble to see how much faster she can get under the guidance of her coach Remmelt Eldering.

Long distance is about pacing. Pushing too hard too soon in a 5k risks "blowing up" and slowing to a crawl on the final lap. Weidemann is ready to roll the dice in a post-Olympic season.

"I've skated the same times consistently over the last four years about, and I've been on the podium a lot, but I haven't really skated faster than that," she said. "I'm really proud of those performances, but I want to see if I can push the next step.

"We had to be very conservative for four years, and really make sure we were just nailing those consistent times. Now I can take more risks. If it doesn't work out, it's not the end of the world."

Weidemann, Maltais and Blondin reunited to win the women's team pursuit in Stavanger.

Speedskaters constantly search for a combination of power and fluidity in their stride.

Weidemann would like to hit that sweet spot in Calgary, where she and the rest of the national team train.

"I had results in the fall, in the first two World Cups. I'm happy with how they went," she said. "The feeling wasn't there though. I struggled a little bit to find the flow on the ice. I'd love that feeling here."

This report by The Canadian Press was first published Dec. 7, 2022.