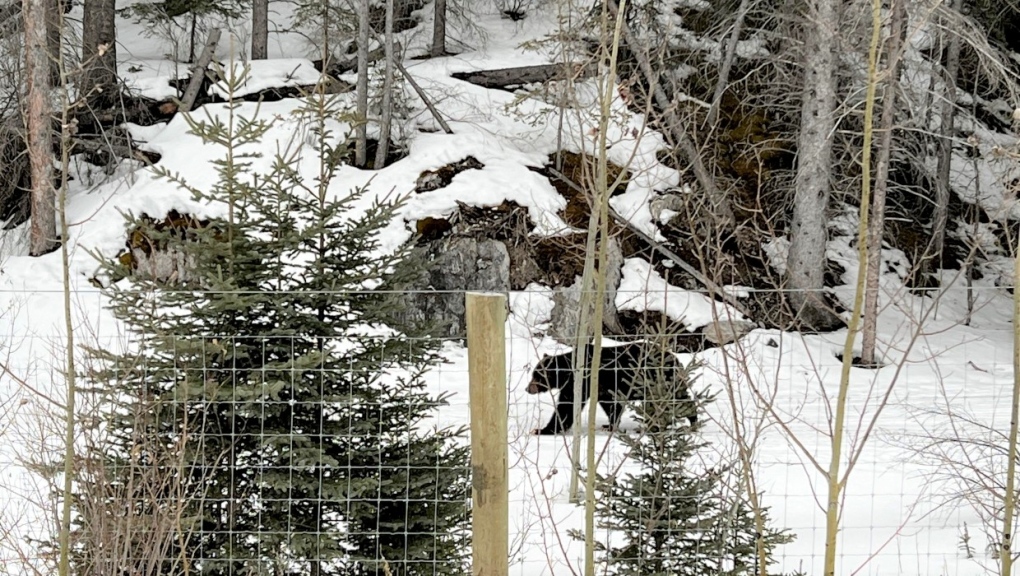 Officials at Banff National Park are warning visitors to be cautious amid the first bear sighting of the season.The bear, a grizzly, was spotted on Monday afternoon west of Banff near the Sunshine interchange.

"We're not 100 per cent sure, but we suspect it's a bear that we call (Bear) 122," said Banff National Park human wildlife coexistence specialist Blair Fyten.

Locals simply call the grizzly "the boss." He's thought to be about 20-years-old, Flyten said.

"Typically, some of our first bears come out this time of the year – middle of March – and generally he's one of the first," he added. "Typically in that same area."

The people who spotted the bear pulled over to the side of the road to take pictures and sent them directly to a resource conservation officer.

"We haven't had staff get a good look at him personally," Fyten explained. "Just given the time of year and location … We fully expect it's grizzly bear 122."

He's encouraging people to be on the lookout for bears if they're out walking dogs, hiking or taking part in any other outdoor activities, saying hibernation appears to be over.

"These bears could pop up anywhere" Fyten said.

"There's not a lot of food for bears right now," he added, saying the bear is likely living off if leftover fat reserves, and carcasses from winter wolf kills or animals hit by trains.

Officials are asking visitors to Banff to pack bear spray, stay on trail, keeps pet leashed and be aware of their surroundings.

"Give bears ample space and report sightings to Banff Dispatch at 403-762-1470," said a tweet from Banff National Park.

For more information on bear safety in mountain parks you can visit Parks Canada's website.

The first bear of the year has been spotted in Banff National Park! 🐻 👀

Be #BearAware: pack bear spray, stay on trail, keep pets leashed and be aware of your surroundings.

Give bears ample space and report sightings to Banff Dispatch at 403-762-1470.https://t.co/DuavQkumdx pic.twitter.com/u4NyufGKw6