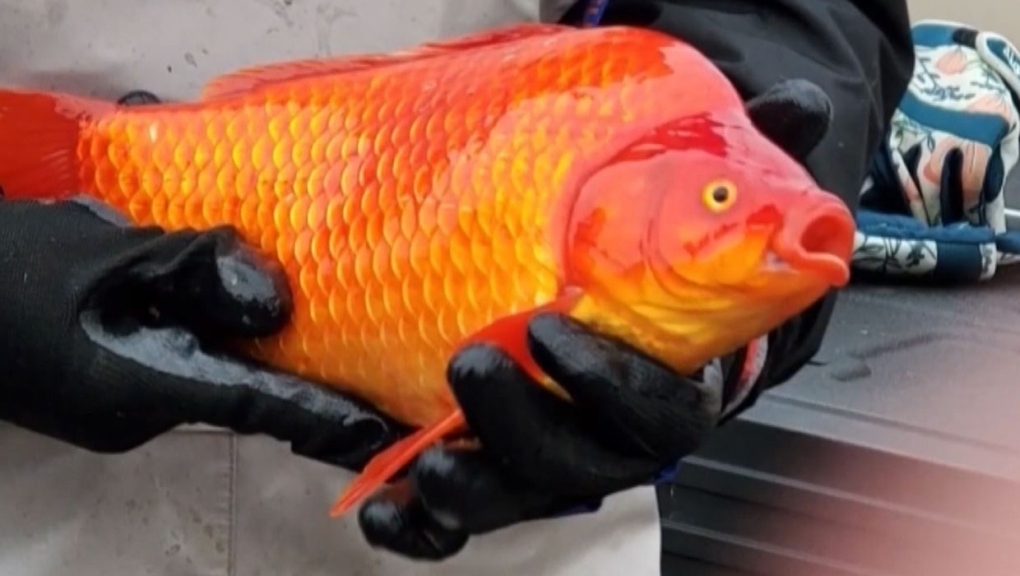 With no natural predators and an ability to withstand an Alberta winter, the goldfish living in three Lethbridge storm ponds have become enormous. (File)

If you're into fishing and saving the local environment at the same time, then an initiative in the city of Lethbridge might be a great activity for you.

On Saturday, officials are launching the first of two Goldfish Derby Days – events that not only teach people about the dangers of invasive species in local waterways but also gives them the opportunity to cut down on the populations.

From 10 a.m. to 4 p.m. on Saturday, residents and visitors are invited to attend the event at Firelight Pond to help raise awareness about what sorts of issues invasive goldfish and koi cause in stormponds.

"Goldfish and koi are non-native species introduced into stormponds that cause problems for the native species and habitat, so they must be removed in order to create a balanced and healthy ecosystem."

If you happen to have a valid fishing licence, remember to pack your rod because you'll also have a chance to do your part and catch some of the fishy invaders.

Officials say the fish end up in the ponds when aquarium owners dump their tanks into them instead of disposing of their unwanted pets properly.

Since the goldfish have adapted to the frigid conditions of an Alberta winter and have no natural enemies, the results can be catastrophic from an ecological standpoint, they add.

The City of Lethbridge says the ponds can connect to the Oldman River during flooding situations, so it's imperative that the invasive species are removed as soon as possible.

A second Goldfish Derby Day will be held on Aug. 13, also at Firelight Pond.

In the fall, city crews will use rotenone, a naturally occurring compound to kill off the remainder of the goldfish and koi.

The city says the compound is not harmful to humans or animals and only targets gilled species.