A number of northeast residents woke up early Saturday to obtain their initial COVID-19 vaccine at the province's first specifically designed walk-in clinic.

Hundreds passed through a quick-moving queue at the Village Square Leisure Centre in the early morning. Many more are expected to filter through throughout the day.

Officials announced the opening of the clinic earlier in the week.

It has the capacity to deliver first doses of the Pfizer vaccine to about 5,000 people, though most officials say more doses could be brought in if demand is high.

The goal is to boost the area's low immunization rates, which come after some of the highest rates of COVID-19 in the country.

The Village Square clinic aims to tackle some of the obstacles residents see as immunization barricades.

"(For many) in the northeast, it's not as easy to book (vaccines) online because they don't know what their work schedule is going to be, or it's very difficult to take time off work," Centre for Newcomers CEO Anila Lee Yuen told CTV News. "There's also other types of physical barriers, like transportation or reliable access to Wifi. Here, at any given time, there are probably 20 to 30 different languages that are spoken, and we can easily get any other language on the phone if you really need to in a bind."

Lee Yuen says the pop-up was promoted with local flyers in more than 70 languages.

Dozens told CTV News how excited they were after leaving the clinic Saturday morning.

The area MLA said it was an emotional time.

"I think you're seeing a lot of smiling faces here, and people who are just grateful to get this opportunity to come in and get their vaccine," Rajan Sawhney, Alberta’s minister of community and social services said. "This (clinic) will be probably the most important thing I do in my role as minister and MLA in government."

"To have a drop-in centre where you don't need an appointment – you just show up – is very big," Mayor Naheed Nenshi said. "You can come early in the morning or late in the evening. I think it will make a huge difference." 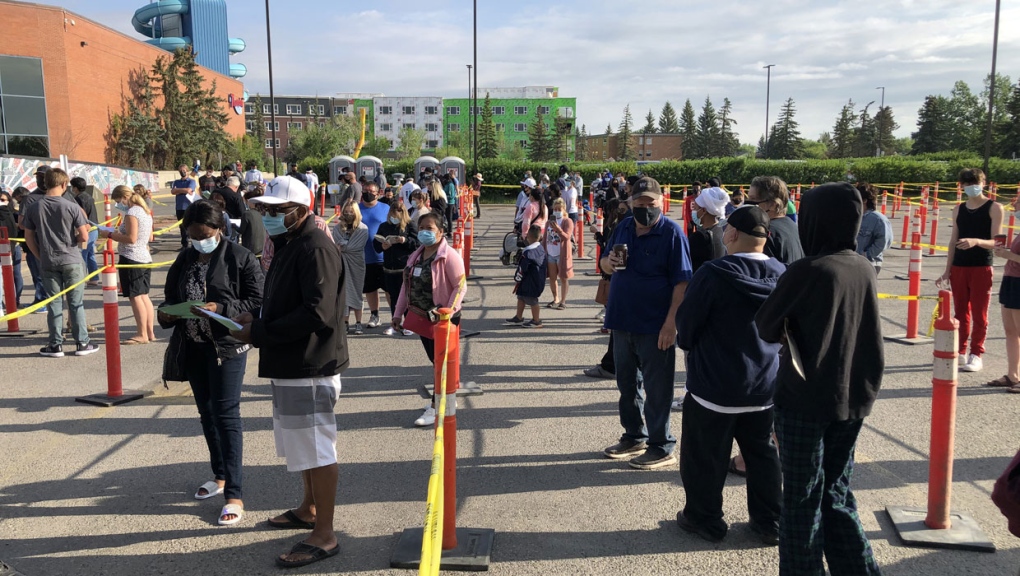 No appointment is required, but participants will need to bring a piece of photo identification as well as their Alberta health card, if they have one.

"I'm born and raised in these communities and I know the importance of getting back together," he said. "This is open for everybody here in the city of Calgary. This is a tremendous partnership of everybody coming together."

Other northeast clinics at the Genesis Centre and in the Northgate Village Mall are open seven days a week but require an appointment.