‘I support them’: truckers in Lethbridge show solidarity for convoy 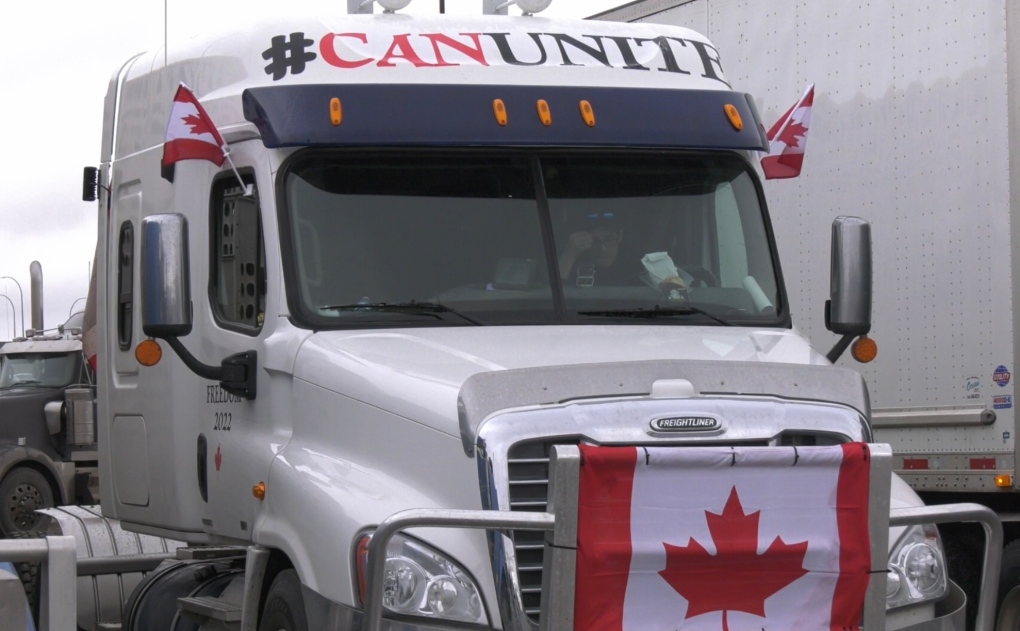 A truck participating in a Canadian trucker convoy.

The owner of a Lethbridge trucking company says she is fully supportive of her employees heading to Ottawa to participate in a national trucker convoy.

“Both are there to represent us for our freedoms and our liberties, and to regain some of our life back since all these changes have been going on for the last two years,” Walter said.

“I believe some of the changes have made the trucking industry corrupt,” she added. “We were deemed essential for two years, and after the two-year mark, you know not that we have many unvaccinated drivers, but I believe it’s a freedom of choice instead of a forced opinion.”

The truck drivers CTV News spoke with on Friday say they also support those who are a part of the convoy.

“Absolutely I support them,” said Dennis Walker. “You know, I don’t cross the border, so that part doesn't really effect me a whole lots, but I’m behind them and I see their point and definitely agree.”

“I don't agree with the force, you know, it being mandated,” explains Eric Green, a trucker out of Kamloops. “I believe it should be a choice, so, in the mandate conversation and what they’re standing for, I do support it.”

The convoy is being held in response to a federal COVID-19 mandate requiring truckers to be fully vaccinated before returning from the U.S., or face a 14-day quarantine.

The United States has the same requirement in place for Canadian truckers.

Green said she is concerned there are probably some “extreme people” that area heading to Ottawa “to create a scene” and that it is going to look bad on the trucking industry.

“But I hope it doesn't come to that,” she said.

The Canadian Trucking Alliance has condemned the convoy, saying it “strong disapproves” of any protests on public roadways, highways, and bridges.

"Protest is part of our democratic rights, but make sure that you follow our rules and regulations when you get here. You're coming into another community's neighbourhood and it's important to respect that,” he said.