When Susan Eymann and Jeff MacDonald said they were getting a new pet in February, they weren’t exactly kidding.

The pair welcomed Boots into their home — a Nigerian Dwarf goat.

“We had a dog for 16 years and had to put her down just before Christmas, and Jeff works from home so the house was quite empty,” Eymann said.

“We thought it would be difficult to replace our Carly with another dog. Jeff does some research on YouTube and discovered goats in pajamas. They are wonderful and have so much character so we looked into it a little more and we got Boots.”

By February, they had found a breeder just outside Lethbridge and brought home the new kid.

MacDonald said having a baby goat is fairly similar to a dog, just with a higher maturity level.

“Dogs will learn something — you give them a treat and they'll stop. But with him, we found out, we taught him a trick, gave him a treat, he came back and started doing those tricks to get treats in an hour,” MacDonald said.

“We thought it would be cute to teach him how to speak and within an hour he wouldn’t stop talking, so we don’t do that anymore.” 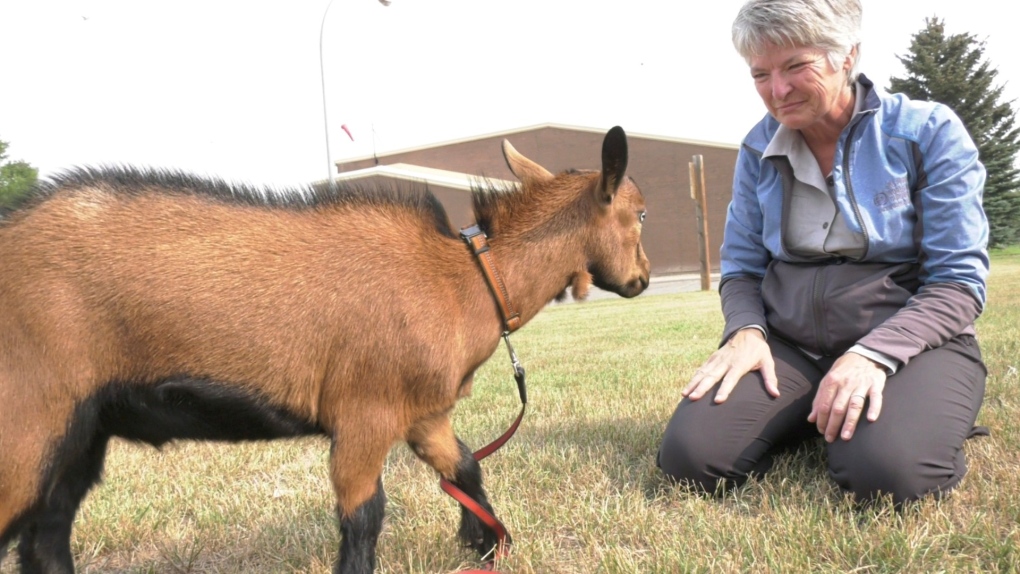 Susan Eymann said having a baby goat is fairly similar to a dog, just with a higher maturity level.

The family, who live on an acreage, said there have been a few changes to get used to when raising a goat compared to a domestic animal.

“There’s a really strong connection between Jeff and Boots. We refer to Jeff as the mom and I as the sibling,” Eymann said.

“In the mornings, it’s all about cuddling and he’ll cuddle with Jeff. He’ll only cuddle with me if Jeff is not around.”

Boots is making a name for himself around the city. From watching a Lethbridge College Kodiaks game and the Dragon Boat Festival, to exploring Waterton Lakes National Park, Boots has become the centre of attention.

And, he’s met quite a few people along the way.

“The fascinating times have been when someone is having a bad day or a bad week and they meet Boots and they leave — people don't just leave, they leave saying thank you so much or you made my day,” Eymann said.

Parks Canada officials say bringing a domestic goat into a national park is not permitted under the Canada National Parks Act as the animals my carry bacteria or disease that could potentially harm bighorn sheep or mountain goats. 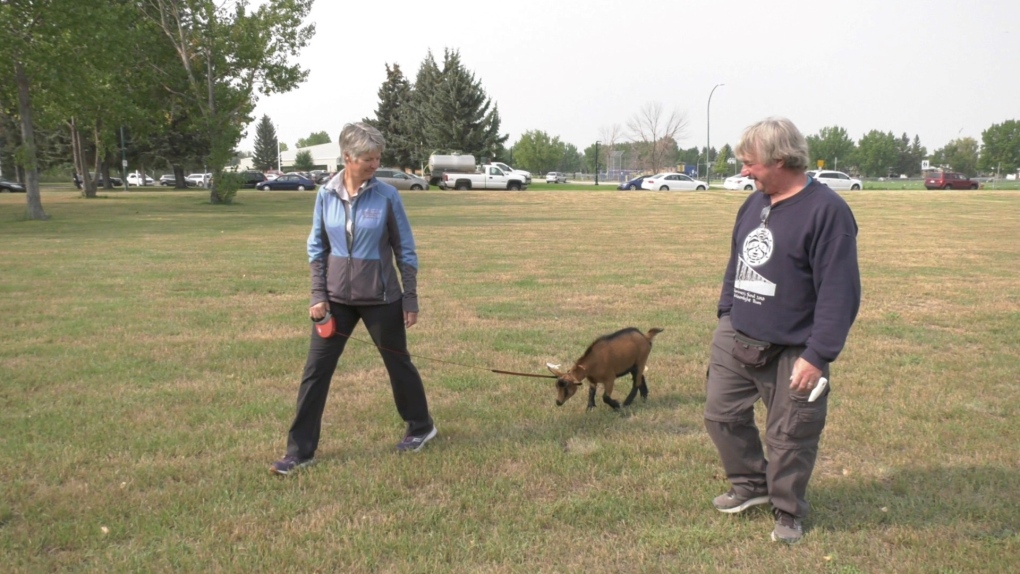 Susan Eymann and Jeff MacDonald's pet Boots is making a name for himself around the city.

“He rings the bell on the door when he needs to go to the bathroom,” he said.

“He sleeps in a crate in our bedroom with us and sleeps for about seven hours before I have to let him out for the bathroom, but then he sleeps another four hours.”

Boots, in more ways than one, really is the goat.