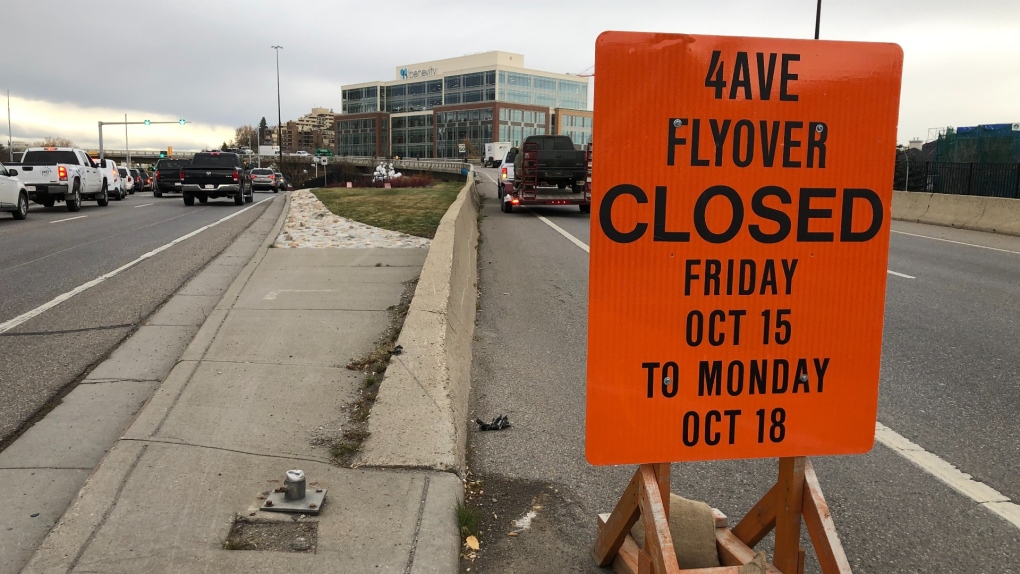 The Fourth Avenue flyover into downtown will be closed until Monday morning to accommodate a film production.
CALGARY -

Drivers headed into the downtown core from Memorial Drive to the east will have to find a different route as a film shoot is underway on the Fourth Avenue flyover.

The closure is now in place and will continue through to 6 a.m. Monday.

A section of Memorial Drive, between Fourth Street and 12th Street N.E., will also be impacted by the production.

There are no details on what production is being filmed at the location.

Currently, HBO is filming The Last of Us, a mini-series based on the hit video games by the same name, in Alberta. It is using a number of locations in Edmonton for the production, which is scheduled to be released in 2022.