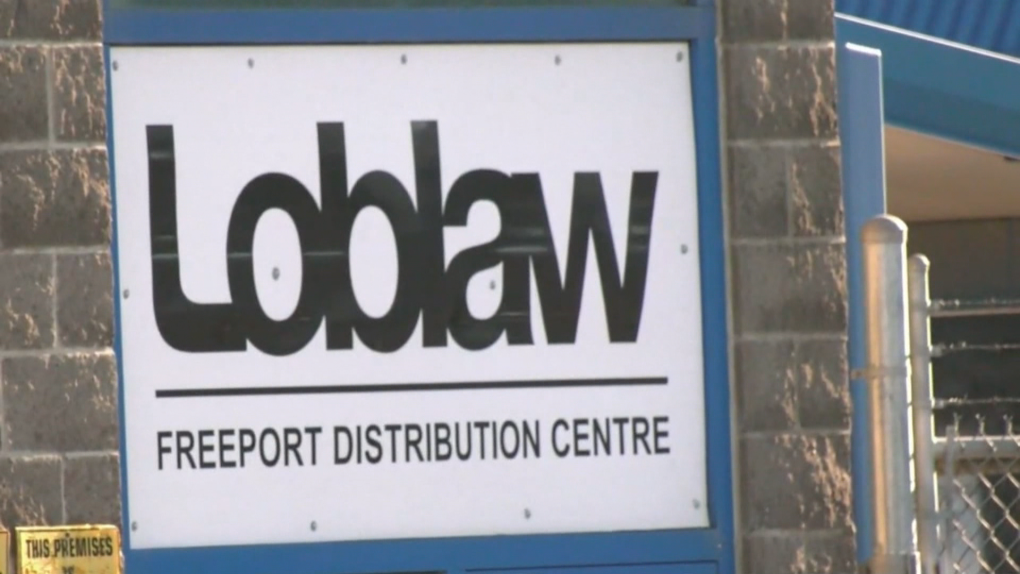 Sign at the Loblaw Freeport Distribution Centre on Nov. 21. Teamsters Local Union 987 says 527 of its 534 members who work at the centre received layoff notices. The union voted to accept the company offer Friday.

Loblaw employees accepted the company's final offer hours before being locked out of their Calgary Freeport facility Friday.

A total of 527 out of 534 members of Teamsters 987 had received layoff notices in the distribution centre as the employer prepared for a lockout.

Sixty-six per cent of voting members accepted the offer.

According to a union spokesperson, a number of workers at the plant earn less than $22.40, which has been pegged as the minimum living wage in Calgary.

Another issue revolved around workers receiving better shifts according to seniority.

"We had it in the agreement six years ago," said Teamsters business agent John Taylor earlier this week. "It got removed in the last round of bargaining.

"That was one of the things that members wanted back in the agreement," he added. "And as far as we can see, we don't see any monetary costs associated with putting those shift preference languages back into collective agreement."

No details of the final deal were released.

With files from Ryan White and Melissa Gilligan