A 25-year veteran of the Calgary Police Service — with seven of those years spent with the arson unit — is in a Florida hospital, after being injured in a diving accident on Saturday.

Scott Sampson’s children — Lance, Brad, Lexi, Lauren and Taylor — are now in West Palm Beach to be by their father’s side as he lays in a hospital bed at St. Mary’s Medical Centre.

“He has a breathing tube down (his throat), which is keeping him breathing right now,” said Lance, who has also spent time as a Calgary firefighter.

Sampson and his wife, Tami, were in Florida so he could attend a fire investigation conference with his service dog.

The couple met some friends and went boating for the day, with their boats anchored near a sandbar.

The group was swimming, said Lance, and Sampson was injured when he dove off the front of the boat into the water.

“He ... basically broke the upper part of his spine, attaching to his brain and causing him to go unconscious for a little while,” he said.

The Sampsons say their dad had his own fire investigation company and was just about to finish off a lifelong career of helping many people.

“His retirement was all sorted out and then this happens,” said Brad.

Daughter Lexi, who lives in Invermere, B.C. says her dad taught all his kids lifelong lessons. 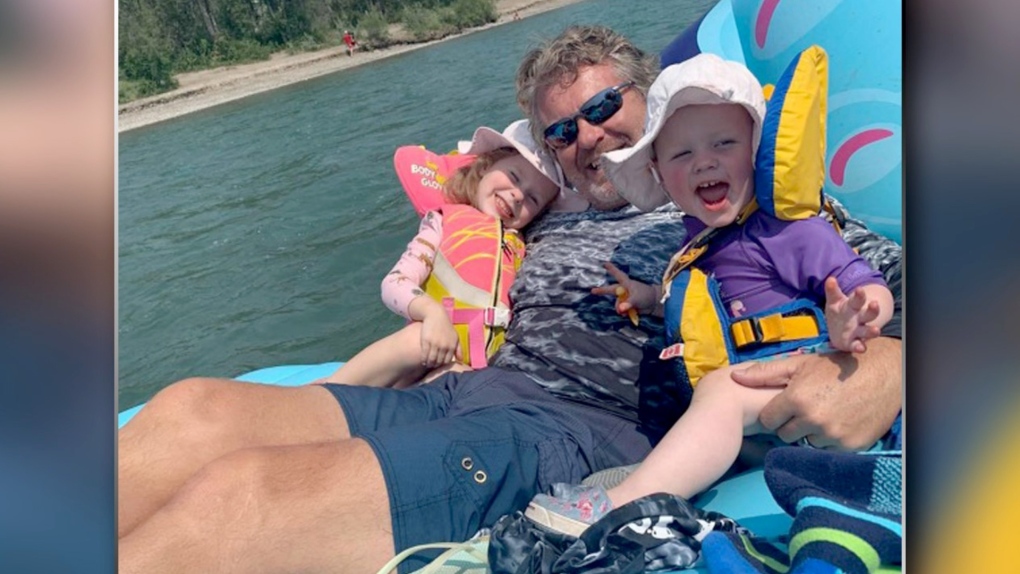 “He's pushing us in the right direction,” she said.

“He can be a little bit rough on the sides but one of his favourite things to say to us was, ‘You only live once, so have a good time.’”

Forbes, who spent decades on the Calgary airwaves, including at CJAY-92, has set up a crowdfunding site to help with medical costs. It has amassed more than $40,000 in donations by Wednesday afternoon.

Unfortunately the Sampsons are not covered by insurance. His children want to stress the importance of double checking coverage as they were unaware their father's had expired.

Although he may be in hospital, his kids know he is fighting for his life, for at least one more conversation.

“We actually just got back from (the hospital and) we took his service dog to go hang out with him and had a prayer with the pastor in and around him and sending you some good positive vibes,” said Lance.

“His pulse went from low 50s up to 120. So we're not sure if he's mentally there listening to us behind it all. So we actually have a good feeling today.”