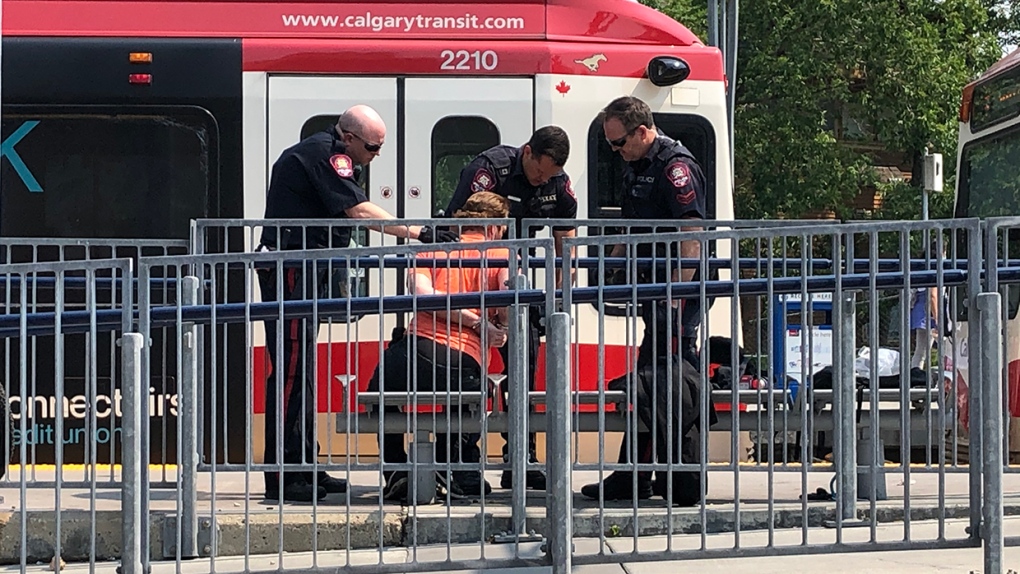 A man was taken into custody by Calgary police Friday after they received reports of a man with a gun on the CTrain. Police determined that the man possessed a replica gun
CALGARY -

Calgary police arrested a man believed to be carrying a gun Friday.

The incident took place around 1:20 p.m. at the Sunnyside CTrain station, where officers responded to reports of a man with a gun, according to a police spokesperson.

Police apprehended the man, and determined that he was in possession of a replica gun.

The man was taken into custody.