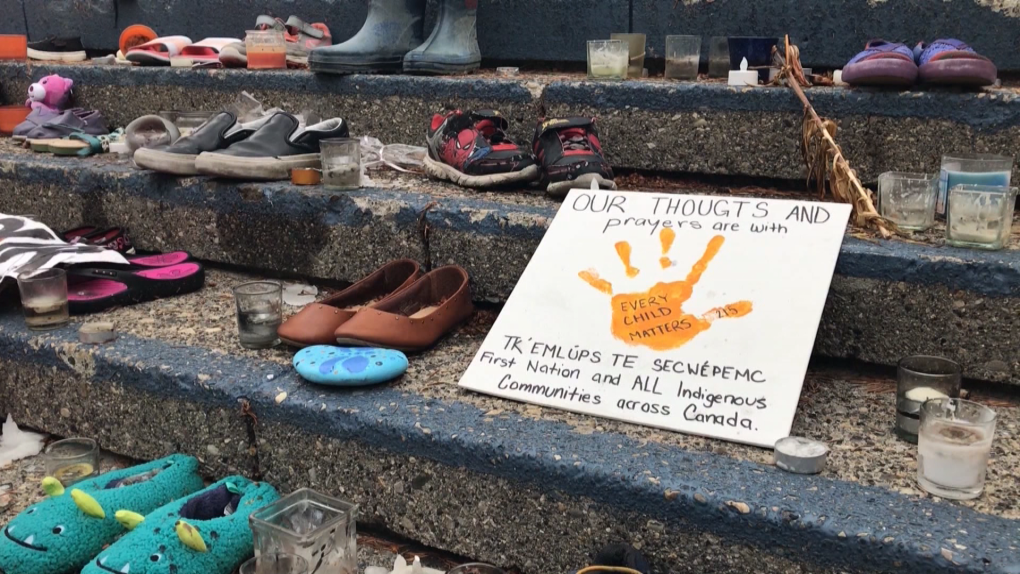 A tribute to the lives lost to the residential school system has been erected on the steps outside Calgary city hall.
CALGARY -

A tribute to the lives lost to Canada's residential school system continues to expand on the steps in front of Calgary's municipal plaza.

Alberta was home to the most residential schools of any province or territory, with nearly one-fifth of Canada's 134 recognized schools located within the province's boundaries.

The system, which began in the late 1800s and continued to operate into the 1990s, saw Indigenous children removed from their homes and families and moved to schools in an effort to have them assimilate to colonial norms and culture.

The government of Alberta has since pledged $8 million to assist the search for unmarked graves and investigate undocumented deaths linked to residential schools in the province.