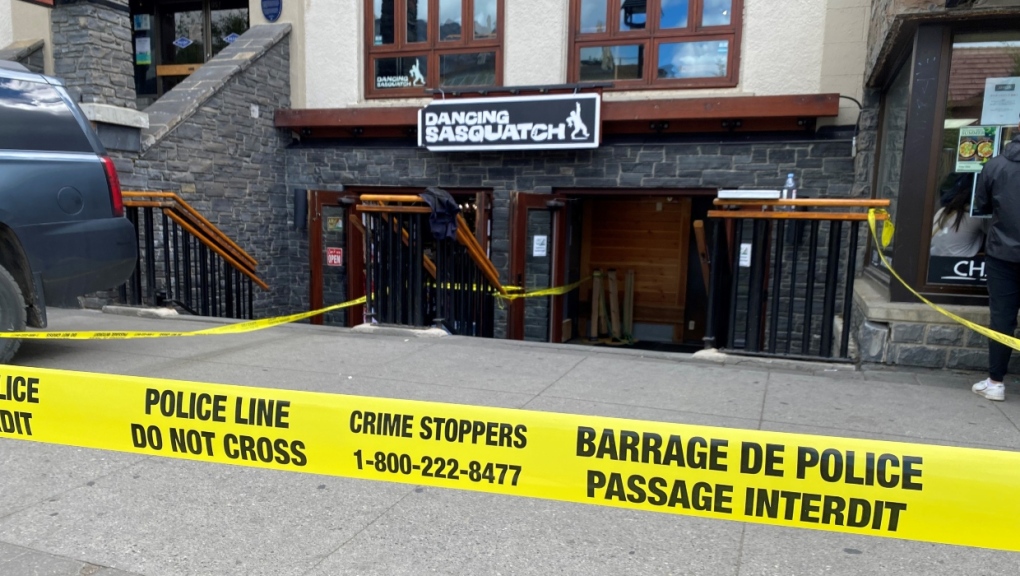 One man was killed and another was taken into custody after an altercation in Banff, Alta. on Thursday.

RCMP say the victim, a 26-year-old man, was injured in an incident at a "local drinking establishment" on Banff Avenue at around 2:26 a.m. Friday morning.

The victim was taken to hospital where he later died.

RCMP took a 22-year-old Banff man into custody from the same location where the victim was found.

Though RCMP didn't identify where exactly the violence occurred, police tape could be seen cordoning off the Dancing Sasquatch club and bar on Friday afternoon.

RCMP on scene at the Dancing Sasquatch in #Banff where a 26-year-old man was injured around 2:26am Friday.

He was rushed to hospital and later pronounced dead.

Police have a 22-year-old man in custody. #yyc @CTVCalgary pic.twitter.com/lVaIwQuEIi

The Alberta RCMP major crimes unit is investigating the death with help from Banff RCMP and the RCMP forensic investigation unit.

The incident was especially saddening for locals like Darby Simms who never imagined this could happen in her hometown.

“It’s disappointing because this was a local who was killed, everyone knows him or is connected to him in some sort of way,” she said.

“This is very shocking; it seems that crimes have started to increase here.”

Others like Dylan Eckhart began working in Banff for the summer and always imagined it as a safe place.

“You don’t expect something like this to happen in such a small town, but it’s scary because most locals here are out every night,” he said.

“The Sasquatch was a Sunday ‘fun day’ go to, a local staple so you never really feel vulnerable here until something like this happens.”

The incident was also unnerving for tourists. Cheng Zhang was visiting Banff with his family from California.

“I was just shocked to see this; I have always thought of this place as a peaceful tourist town:”

Officials with the Town of Banff say the victim is a long-time resident of the mountain community.

"I send our deepest condolences to the family and friends of the young man taken from us in the prime of his life," said Banff Mayor Corrie DiManno in a statement.

"We are shocked, angry, and heartbroken," DiManno added, calling the homicide a "senseless act."

"We mourn this immense loss with all who knew and loved him."

DiManno also offered condolences in a video posted to the Town of Banff website.

Town officials are working to coordinate support services for residents.

"It's crucially important that residents know there are support services, counselling, and people available to talk to as they begin to process and grieve this tragedy. Please know you are not alone and we will get through this dark time together," DiManno said.

The Town is encouraging people in Banff to contact Bow Valley Victim Services at 403-760-0197 for support. After hours, the 211 help service connects callers to mental health or counselling support.

Banff RCMP are asking anyone with information about the incident to contact the local detachment at 403-762-2226.