Calgary artist Katie Green was preparing a mural series exploring mental health and the effects of homelessness and addiction, to be installed in the Okanagan city of Vernon, B.C.

The project had already received a Canada Council Arts Grant, and was approved by Vernon’s city council, but was kiboshed after an online petition titled "Say No to Vernon ‘Scary’ New Murals" garnered more than four thousand signatures.

In the petition, organizer Sharmay Taylor wrote, “The murals are both costly and unattractive. They are frightening to me so I can imagine they would be scary for young children.”

The petition went on to say “The art isn’t even completed by local artists.”

That claim is untrue. Green enlisted clients of the local agency Turning Points Collaborative, which works with area residents affected by addiction, unemployment and homelessness.

Those volunteers created masks and installations that were to eventually form the basis of the larger wall-sized murals. 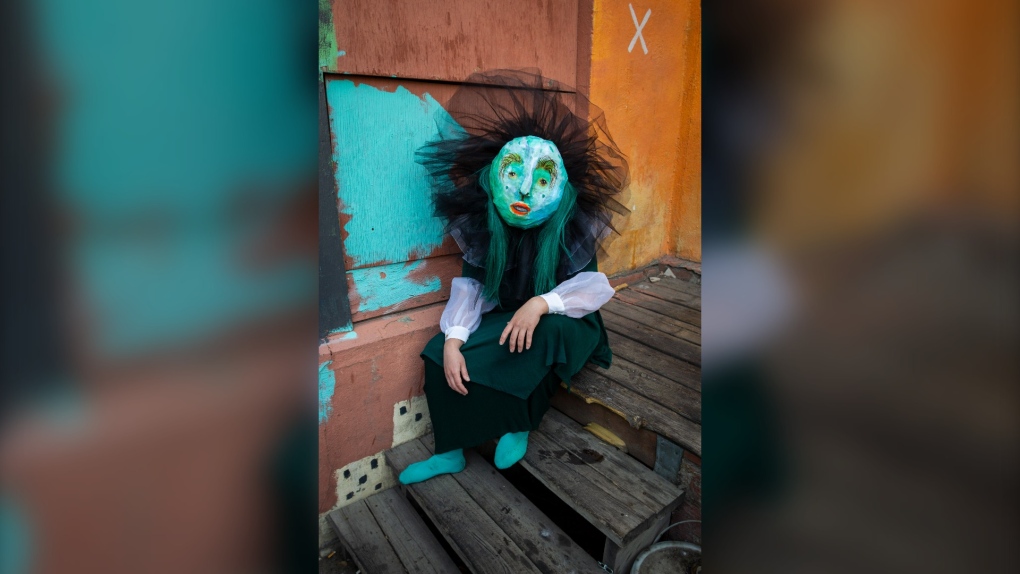 According to Turning Points harm reduction counsellor Sarah Lillemo, many of the agency’s clients felt let down after council killed the project.

Green says she's not surprised some people found the artwork unsettling but was shocked by the ferocity of the backlash.

“Public art can stir reaction. You know, like, ‘What is the role of public art?’ These images, for me, never elicit feelings of discomfort. I never really think about that. They're not scary to me or anything,” said Green.

“I’m definitely disappointed. We've been through a lot of highs and lows already with this project.

“But I also sort of feel hopeful that potentially this will be sort of a stepping stone or a pivot point for a larger dialogue to happen.”

Scott Anderson, Vernon city councillor, was the lone dissenting voice in the original approval of the murals.

In defending the decision to reverse the original decision, Anderson said council was simply following the wishes of constituents.

“It’s quite clear that the majority of the citizens ... don't like these as public art,” said Anderson.

“It just looked like somebody wearing a mask. So how that would translate to the awareness of anything other than the mural itself is beyond me.” 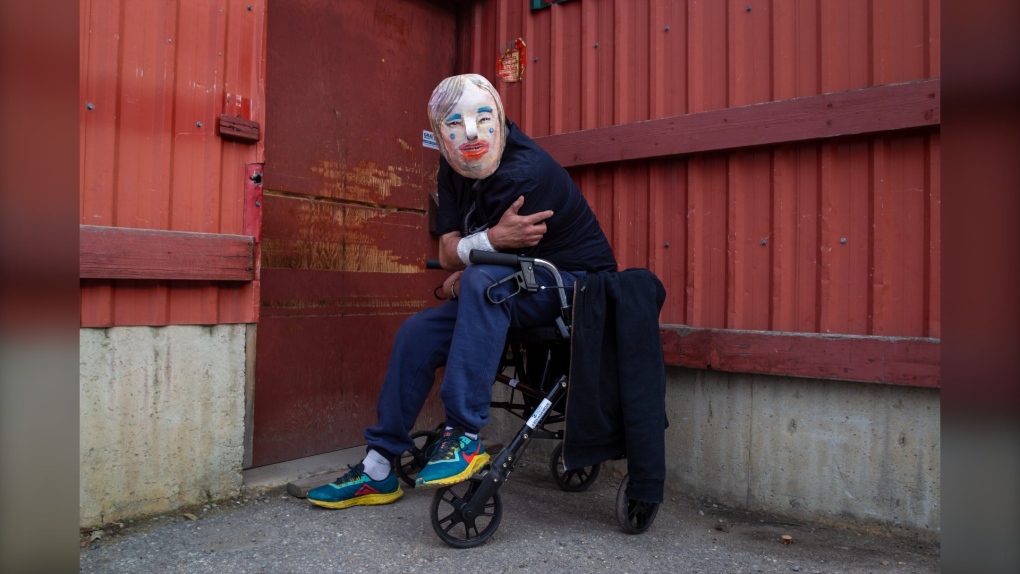 Artist Katie Green says she's not surprised some people found the artwork unsettling but was shocked by the ferocity of the backlash.

The Turning Points client who created the mask "Kevin" said doing so meant a lot to them.

"This process really helped me with coming out of my shell and getting out to meet people," the client said.

"I learned about myself that despite what happened in my addiction, in my recovery I'm able to get out and meet good people and have fun. Huge step for me. My mask portrayed lonely, scared, isolated me in my addiction. The class helped me be the opposite."

According to Turning Points harm reduction counsellor Sarah Lillemo, many of the agency’s clients felt let down after council killed the project, saying they had poured their hearts into the artwork.

“Just to have people make a snapshot decision of it. And then it gets kind of turned down - I think they're all really disappointed. It's been a very hard conversation for me to have with them,” said Lillemo.

“It’s just a real shame. I think that this project could have been really beautiful for opening doors for Vernon to have more opportunities for public art for things like mural festivals, which are incredibly popular and incredibly beneficial to communities.

While Green's murals never saw the light of day in Vernon, the masks and installations created by clients of Turning Points were shown inside the Vernon Public Art Gallery, which was also a sponsor of the mural project.

Artist Katie Green and reporter Kevin Green are not related. Katie Green is currently in Grand Forks, B.C., working on her next art project.