Residents in the County of Warner have joined together in an effort to fix up the old Warner Hotel and Bar.

The hope is to get the century-old landmark back up and running and bring more business to the rural Alberta village.

The Warner Hotel has been a staple in the area since 1907.

After burning down in 1949, it was rebuilt and operational in the years that followed until the previous owners left in 2020.

Since then, they've been fixing up the 10,000 square-foot space, which includes a nine-room hotel, bar, cafe and liquor store.

"This is a good facility," said Blake Doenz, a local rancher and president of the Warner Hotel Shareholders Group.

"It's very sound. It's almost a shame that it's not up and running right now."

"The majority of this has been volunteer work," Doenz added. "Quite a bit of the members are farmers, ranchers, fairly handy people and have done a lot of the work ourselves." 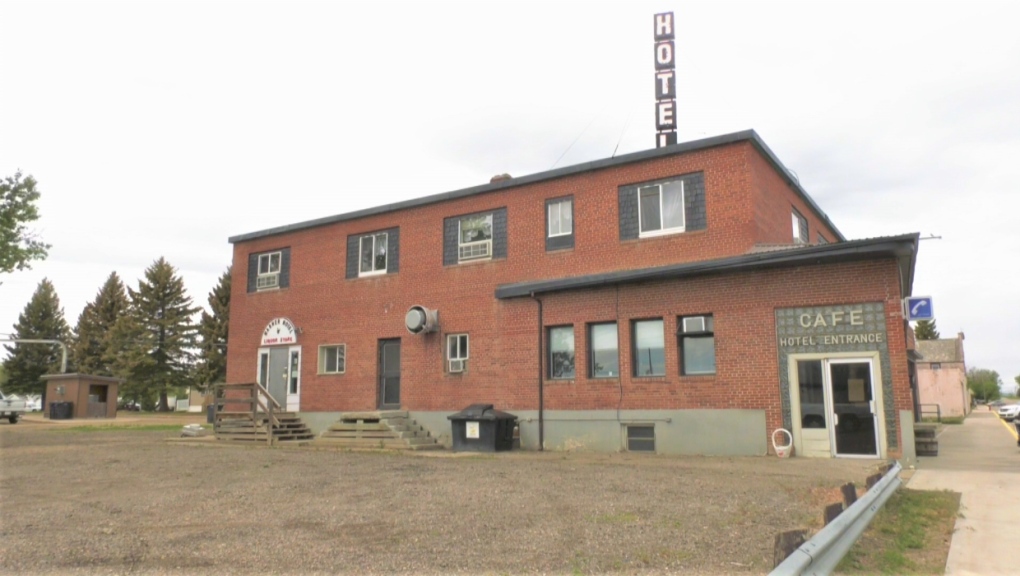 The Warner Hotel and Bar in Warner, Alta.
Since they started renovations, more than $20,000 has been donated for supplies and equipment through the community and private functions.

"There's quite a few people that have been stopping by and asking and there's been hundreds of volunteer hours to help do anything that they can to get this place back up and functional again," Doenz said.

With the renovations and refurbishments coming to a close, one of the only things left to do for the current owners of the Warner Hotel is to find someone to run it.

"Our current community group is not in the hospitality industry, so we're looking for someone in that industry to come and operate their own business out of this space," said Doenz.

The new owner would be expected to operate all the aspects of the hotel, including the bar, cafe and liquor store.

There is also a recently renovated attached living space for the potential owner to live.

Doenz says the anticipation is high with the finish line in sight.

"Everybody's getting a little more excited," he said. "They get to see that we're making progress and once we get there, it'll be pretty successful I think."

The hope from the Doenz and the community is to have the hotel functional by the end of the year, if not sooner.

The village of Warner is located about 60 kilometres southeast of Lethbridge.