CLARESHOLM, ALTA. -- It didn’t take long for word to get to Tim Macdonald that he had made the news.

The St. Albert man and his son were victims of a puppy scam Dec. 12 after they were duped into traveling to Claresholm for their new pet.  Lauren Billey’s address had been used as the pickup location and ever since, she’s been trying to find them. That’s because a number of local breeders had offered to gift them a puppy. Macdonald said his wife saw the story on CTV .

“It just shows that there’s really good people out there,” Macdonald told CTV in an interview from St. Albert.

MacDonald said his wife had been communicating with the seller through phone calls and text messages and eventually was pressured to send a $200 etransfer deposit for the puppy.

It should have been a clear warning sign, according to the RCMP. “Breeders want to make sure their puppies are going to good hopes” said Cpl. Tammy Keibel with the Royal Canadian Mountain Police. “They’re not usually in a rush to get them out the door.”

The MacDonald family did file a police report but were unable to get their money back.

They did, however, get another puppy. 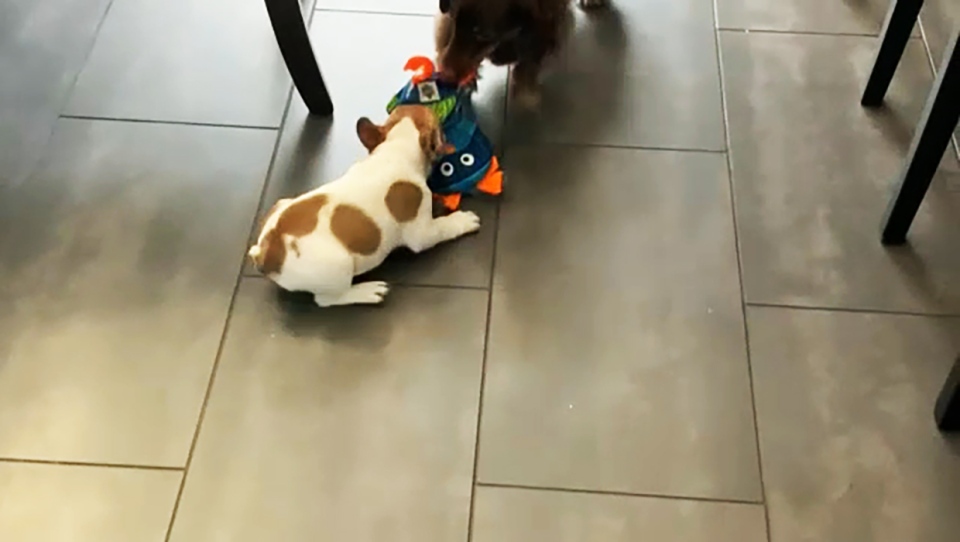 Although they were being offered one from Claresholm breeders, they purchased a new addition on the way home that same day. Bella is a Frenchie and already getting along really well with her big brother Tucker. “We just love her so much,” said MacDonald.

Billey said she’s pleased the family still wound up with a new puppy. Still, she’s putting together a gift basket to better showcase Claresholm. “Claresholm is so uplifting,” said Billey “when they left we were just like, we should have shown them how amazing Claresholm is.”

The MacDonald family hopes their story will protect others from falling to a similar scam. They’re grateful to everyone who heard their story and wanted to help and are looking forward to their first Christmas with Bella.