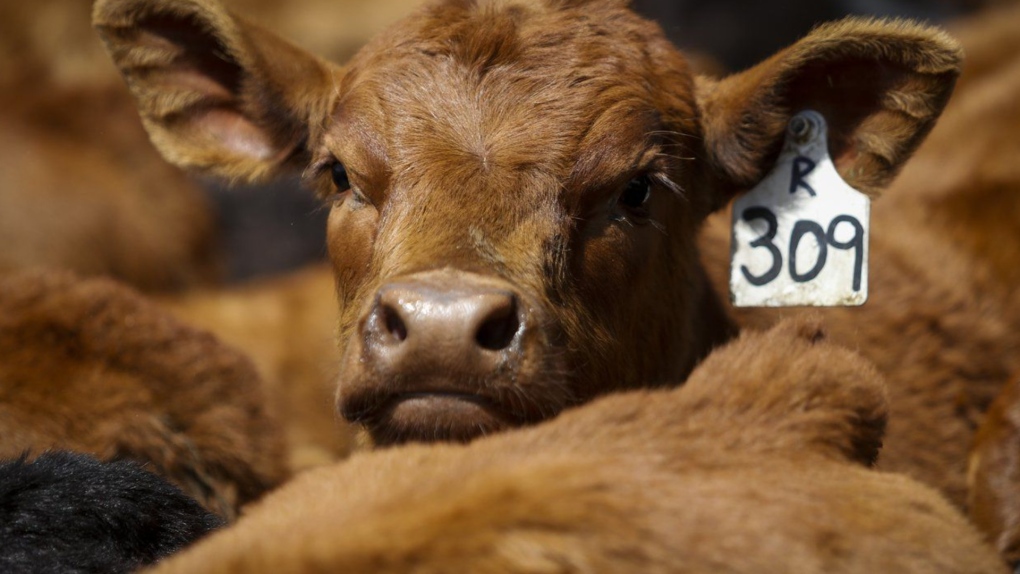 Calves on the Bird family's cattle farm near Cremona, Alta., Thursday, May 28, 2020. The group representing Canada's beef industry has changed its name to be more gender-inclusive. It will be known as the Canadian Cattle Association. (THE CANADIAN PRESS/Jeff McIntosh)
CALGARY -

The group representing Canada's beef industry has changed its name to be more gender-inclusive.

The group has had the word "Cattlemen" in its name since its founding in 1932.

But president Reg Schellenberg says it's important that its name reflects how the organization has evolved.

The Canadian Cattle Association represents 60,000 ranchers and feedlot operators across the country.

Last year a board member of the Saskatchewan Cattlemen's Association proposed that group also rename itself to be more gender inclusive. However, the proposal was voted down by that organization's board.

This report by The Canadian Press was first published July 7, 2022.