Severe drought conditions have prompted Rockyview County to declare an agricultural disaster, joining Wheatland and 16 others in southern Alberta.

Some areas are experiencing one-in-50 year drought conditions. Wheat crops are stunted and many have almost entirely turned brown after weeks of high temperatures and months of low rainfall.

"Cereal crops, the wheat and the barley, are going to be about 50 per cent at best," said Dan Henn, Reeve of Rockyview. "Surprisingly enough, the canola crops aren't as bad."

Not as bad still isn't good, Henn says, with canola crops significantly shorter than they should be.

In other areas sloughs that normally hold water are dried and cracking.

The federal AgriRecovery program is expected to be used to help with uninsured losses throughout the west, and provincial crop adjusters have been assessing fields over the past month to allow farmers to move ahead with their claims. 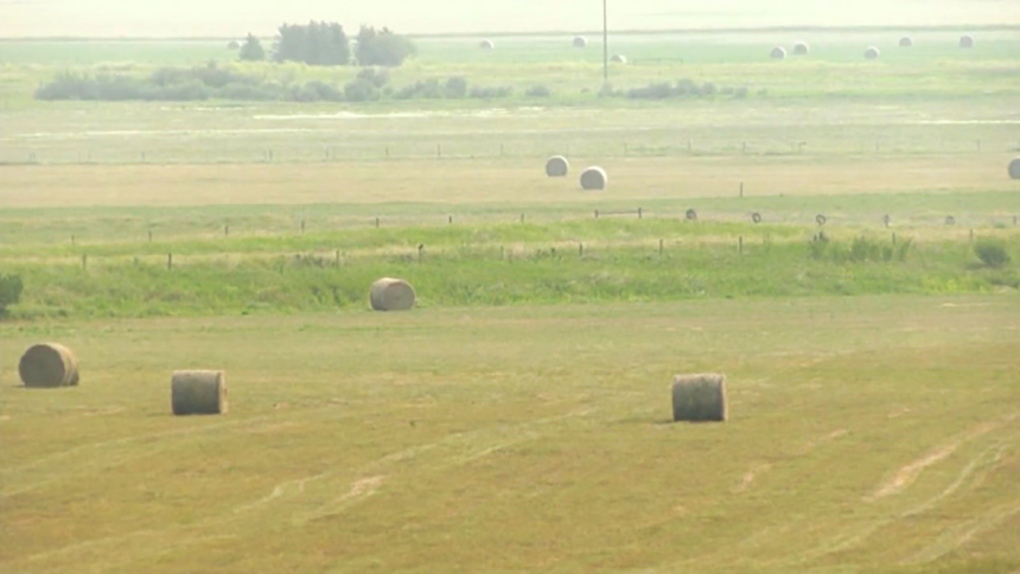 The local states of disaster will help producers qualify for any aid.

The major railways are now predicting an 8.6 per cent drop in the volume of grain being shipped this year.

The combination of low yields and high feed prices are expected to trickle down to consumers.

"I think meat and other food prices are probably going to increase significantly," Henn said. "You're going to see a lot of ranchers selling cows because they just don't have the hay to feed them."