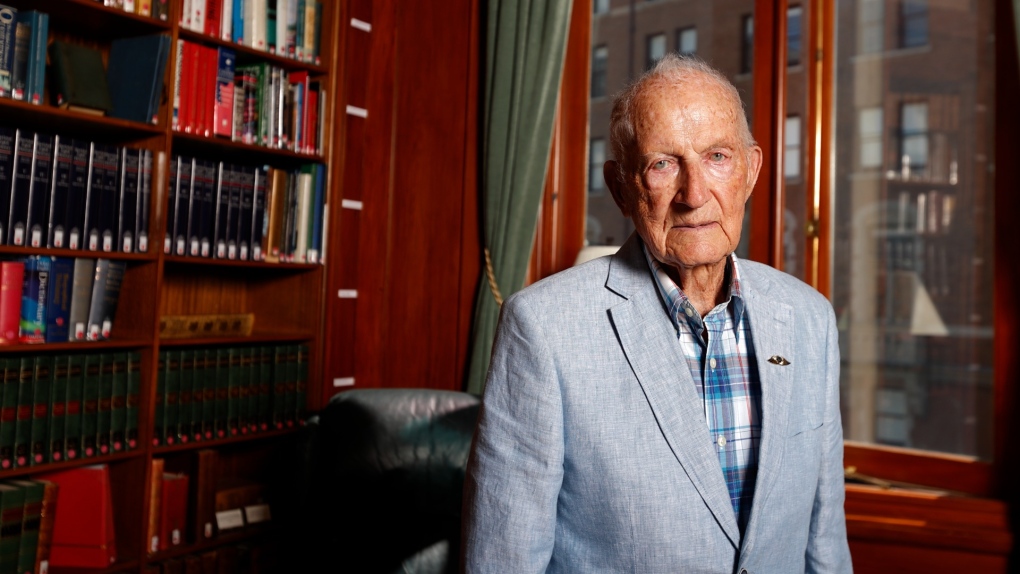 Calgary's next generation of pilots will likely look different than previous aviation graduating classes as a result of the generosity of a 97-year-old veteran of the Second World War.

Ken Lett — who flew Spitfires with the Royal Canadian Air Force and survived the invasion of Normandy — has donated $2.4 million to Mount Royal University's aviation program.

A portion of the funds have been earmarked for scholarships and bursaries with a focus on assisting students from underrepresented groups including Indigenous Canadians and women.

"Aviation has been my life, I just love flying," said Lett, who now resides in Victoria, B.C., in a statement released Tuesday. "My heart is full of joy when I think of helping young people have careers in aviation."

His generosity will also help fund the maintenance of aircraft and MRU's flight simulator for commercial pilot licence training.

"As we emerge from the pandemic and the aviation sector takes flight, Mount Royal University aviation students will continue to be in high demand," says Deanna Wiebe, chair of the aviation department at MRU. "The Mount Royal Aviation Diploma stands out as it offers students the opportunity to graduate with both the academic qualifications and the in-flight training needed for careers in the aviation industry.

"This gift will help us reach even higher and let more students achieve their dreams."

After serving Canada during the Cold War, the Ontario native moved to Calgary in 1978 and, alongside his partners, created Executive Flight Centre Fuel Services which thrived during the oil boom.

MRU plans to expand its two-year aviation diploma program —which the school has offered for more than 50 years — into a four-year degree program with an expanded focus on business and managerial training.

Prior to the COVID-19 pandemic, the employment rate for students who entered the second year of the two-year program was 100 per cent.