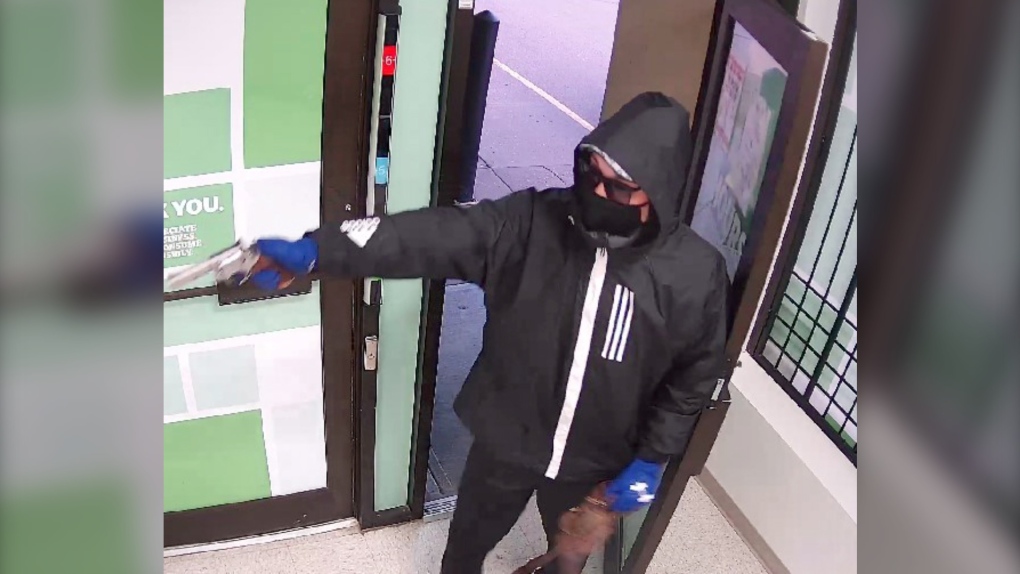 One of four suspects connected to an armed robbery at a northwest Calgary cannabis dispensary. (Calgary police handout)
CALGARY -

Police are searching for four men connected to an armed robbery at a cannabis dispensary in northwest Calgary where a shot was fired, causing the suspects to flee.

Four men went into the Co-op Cannabis Dalhousie store, in the 5500 block of Shaganappi Trail N.W. about 9:45 p.m. on June 9. Police say the group was armed with a firearm, stun gun and a baton.

While collecting product from the store, police believe the firearm accidently went off, prompting the group to flee in a silver 2009 GMC Envoy.

Suspect 1 is described as wearing:

He is also believed to have a nose piercing.

Suspect 2 is described as wearing:

Suspect 3 is described as wearing:

Suspect 4 is described as wearing: