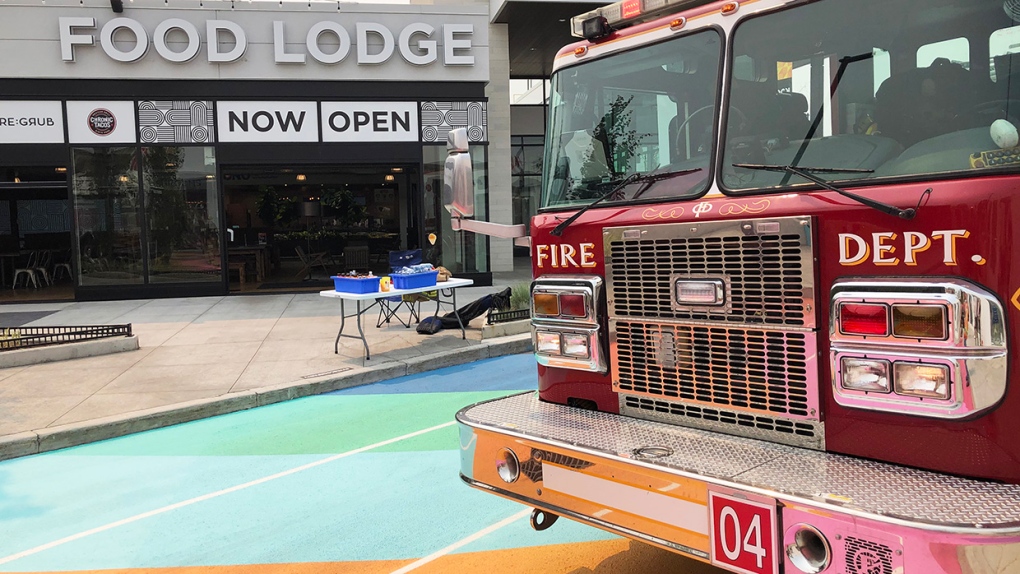 About 50 people were evacuated fromthe food court of Deerfoot City Mall Thursday when a small fire started. No one was injured.
CALGARY -

Something smelled smoky to a few people eating lunch in the food court at Deerfoot City Mall Thursday, and it turned out to be a fire.

Around 1:30 p.m., several calls were received complaining of a smoky smell in the food court area of the mall.

After around 50 people were helped out of the building, fire crews responded and did discover a small fire smouldering inside a wall.

The wall was opened up and the fire quickly extinguished.

People are being allowed back into the mall.

An investigator is on scene, trying to determine the cause of the fire.