'So good to be back': Calgary Pride parade welcomes thousands of spectators

'So good to be back': Calgary Pride parade welcomes thousands of spectators

Calgary’s downtown core was filled with rainbow-coloured flags, drag queens and kings, flashy outfits, decked out floats and thousands upon thousands of people on Sunday.

The celebration of the city’s first Pride parade since the pandemic welcomed more than 160 entries onto the route down Ninth Avenue.

The event was led by the Rainbow Elders and Calgary LGBTQ2S+ pioneer, Lois Szabo who was the founder of one of the very first gay clubs in Calgary in the 1960s and recently honoured with a park named after in the city’s Beltline neighbourhood.

“It's unbelievable to see this and it never dawned on me that we could be out here like this. It's so good to be back. We've arrived and we’re not hiding in the alleys sneaking down into black dingy bars, we're out here and we're staying.” 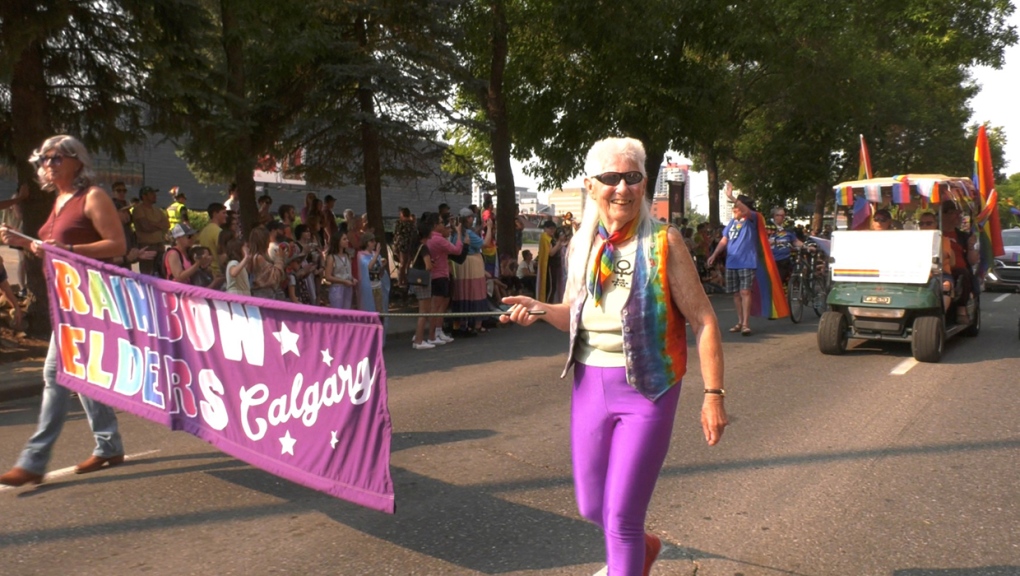 Calgary Mayor Jyoti Gondek echoed those sentiments alongside the majority of city council members who also attended the parade.

“It's sending a message to the world about the real Calgary and not the cartoon stereotype that we have,” said Gondek.

Sunday’s parade was also very special not just for Calgarians but also tourists from across the province and western Canada.

Grey Jean travelled all the way from Golden, B.C. to experience their first ever Pride Parade.

“We've never had something quite like this on a larger scale in Golden,” Jean said.

“I definitely feel safer here. I can feel and be myself, without fearing physical or verbal retaliation, where I can just kind of exist and not be judged and not be demonized for simply existing.”

Those are the kind of messages that many parents also wanted to instill upon their children regardless of their gender or sexual orientation.

Josh Buzzell drove in from Irricana, Alta., to attend the event alongside her three-year-old son.

“I think it's really important that we educate our kids," Buzzell said. 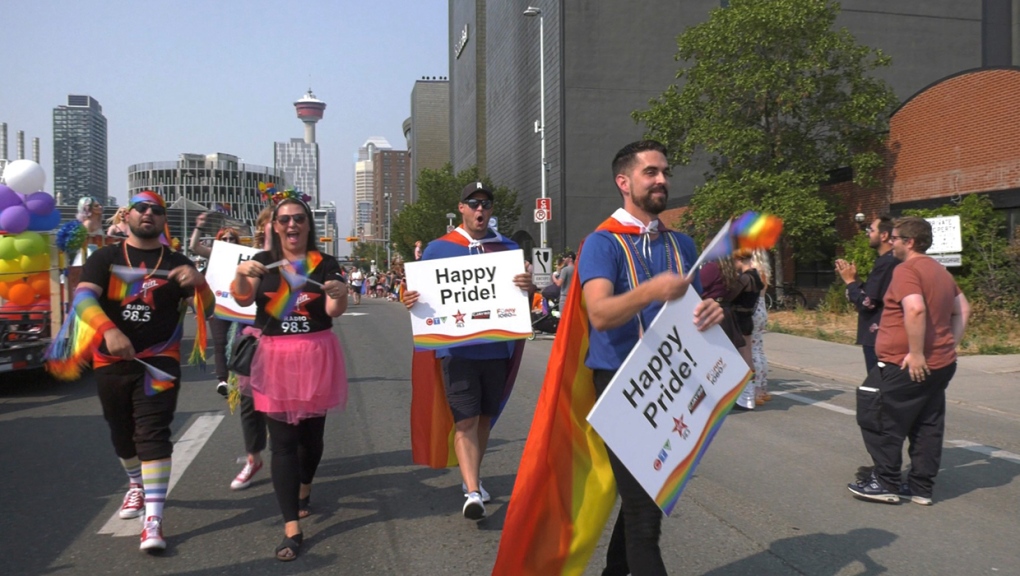 As the Calgary Pride parade wraps up, drivers can expect road closures to remain in effect in the downtown core until about 2 p.m.

The Calgary Pride Festival will take place throughout the rest of the day until 9 p.m. at Fort Calgary, featuring a variety of performances, food truck vendors, kid-friendly activities, a vendor marketplace and a beer garden.