Thousands of stuffed toys cascade onto the ice at the Saddledome 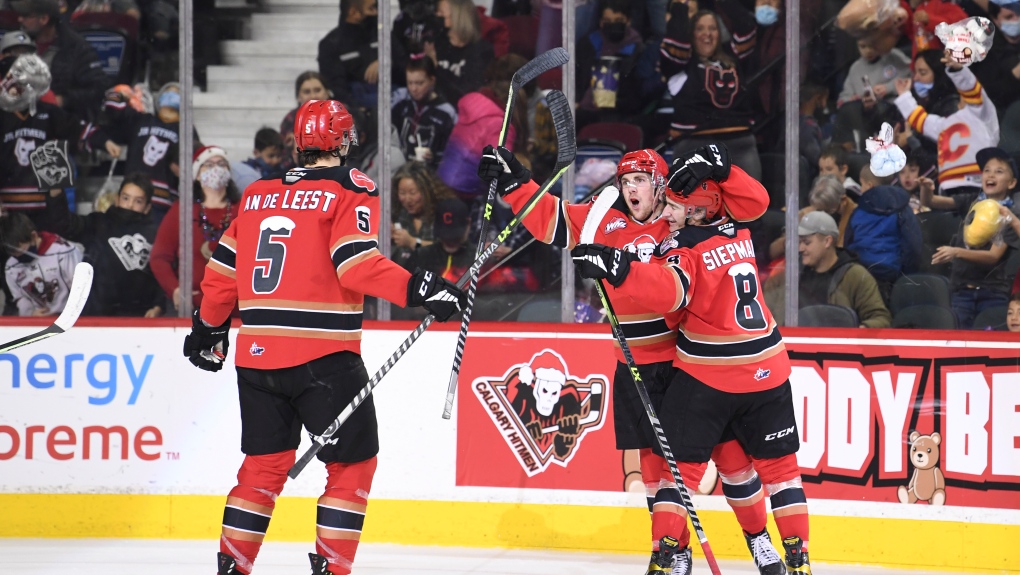 Fans tossed thousands of stuffed toys onto the ice in the second period of the Hitmen game for the annual Teddy Bear Toss Saturday.

The Calgary Hitmen were down 2-0 in the second against the Lethbridge Hurricanes when a goal from forward Cael Zimmerman triggered the teddy downpour.

According to the team, there were 15,324 toys tossed onto the ice by fans. Over 50 local agencies, including the Alberta Children’s Hospital, will share the donations.

“For 27 seasons our fans have backed this incredible charitable cause and we would once again like to thank them for their tremendous support,” said Hitmen Manager of Business Operations Rob Kerr. “This game has become a holiday tradition and the bears collected today will have a significant impact in our local community.”

There have been 417,932 bears and toys donated to the community since the tradition began in 1995, added the team.

The Hitmen also wore special teddy bear jerseys for the game which will be auctioned off between Dec. 8 and 15.

The Hitmen did lose the game in overtime, but they ended up with a win for charity.