Field hockey players Melanie Scholz and Tayler Guy not only play for the University of Calgary, but they were also both selected to be on Team Canada for the 2021 Women's FIH Hockey Junior World Cup in Potchefstroom, South Africa.

Hailing from Calgary, this would be Scholz's second time playing for the junior national team after they secured gold at the 2021 Pan American Games.

"Our team for the world cup is a lot different than for Pan Am," Scholz said, "We had six players that aged out so it was a new wave of younger players that were stepping up into the role."

For Victoria-native Guy, she was one of those younger players heading to her first tournament with the Canadian junior team.

"I was over the moon," she said, "We were just overjoyed we got the opportunity to represent Canada and go to the biggest world stage for junior field hockey." 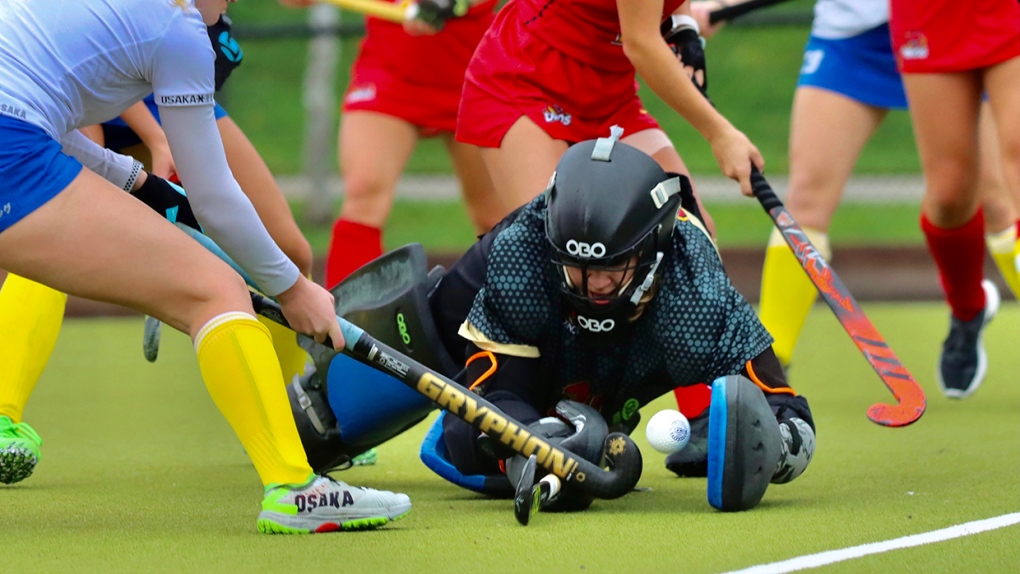 The team headed to South Africa on Nov. 21, gearing up for their first game on Dec. 6 against Uruguay.

"We had been setting up all our different plays and memorizing them," said Guy, "It was all looking really good, and we were getting really excited, then everything just fell apart."

Just days after landing, news of the Omicron coronavirus variant triggered bans on travel from select African nations, including South Africa. The world cup was put on hold, and Field Hockey Canada was looking for ways to bring the team home.

With no direct flight options back to Canada, the team would have to connect elsewhere, but all European Union nations had placed a ban on foreign nationals arriving from South Africa.

"We weren't allowed to transit through the European countries. So we're allowed to go to Canada, but we would have to walk," Scholz chuckled.

After continuous discussions with the Canadian government, Field Hockey Canada said it may have come to a solution that allows the team to be considered "in transit" through Germany.

In a statement, the organization said:

"Field Hockey Canada has confirmed flights through Germany to our home destinations on December 8th. We understand the situation is fluid and things can change quickly. So as of now, that's the information we have, but we also know things can change in either direction very quickly. So, we're remaining optimistic that this will be the case and looking forward to the athletes and staff traveling home on the 8th. As far as we currently understand, we are allowed to transit through Germany. We are working with German, South African and Canadian government to ensure their safe return. Field Hockey Canada continues to review if there is an opportunity for earlier options."

"It was really comforting to know that they were taking care of us," said Guy. 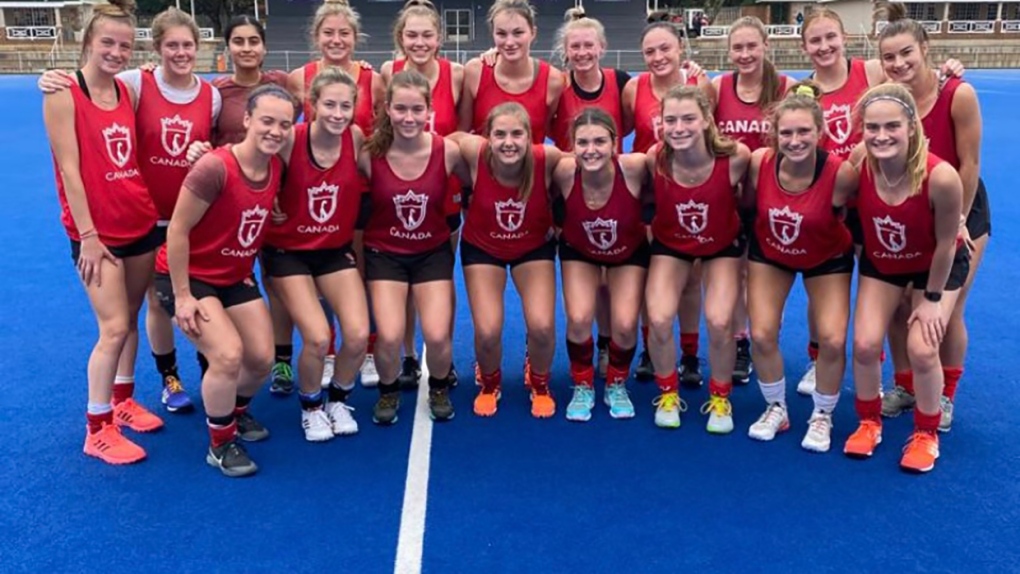 MAKING THE MOST OF IT

Until then, the team is making the most of their situation.

"Being in South Africa in a centralized training environment is really good for us," said Scholz, "It's a unique opportunity so we're just going to take advantage of the time we have together."

"We're preparing for the hopeful rescheduling of the world cup," added Guy, "But it's definitely difficult to be training this hard without a set date."

Not to mention the fundraising efforts gone to waste.

"We're self-funded," Guy said, "We raised a really great amount of money and our communities rallied around us to send us here."

The team is keeping its spirits up though, and hopeful they'll make it back home in time for Christmas.

Global Affairs Canada confirmed in a statement it is receiving reports of Canadians abroad affected by the new travel restrictions. It adds:

"Canada is consulting with our partners and allies to address the situation faced by Canadians in South Africa.Canada is prioritizing the health and safety of all Canadians by continuing to take a risk-based and measured approach to its entry requirements.

"The Government of Canada publishes travel advice that takes into account safety conditions abroad to help travelers make informed decisions about their travel destinations. The decision to travel is the sole responsibility of the individual. Further information on travel advice and advisories can be found on the Global Affairs Canada website.

"Canadian travellers should register with the Registration of Canadians Abroad service and follow @TravelGoC on social media to get the latest updates."