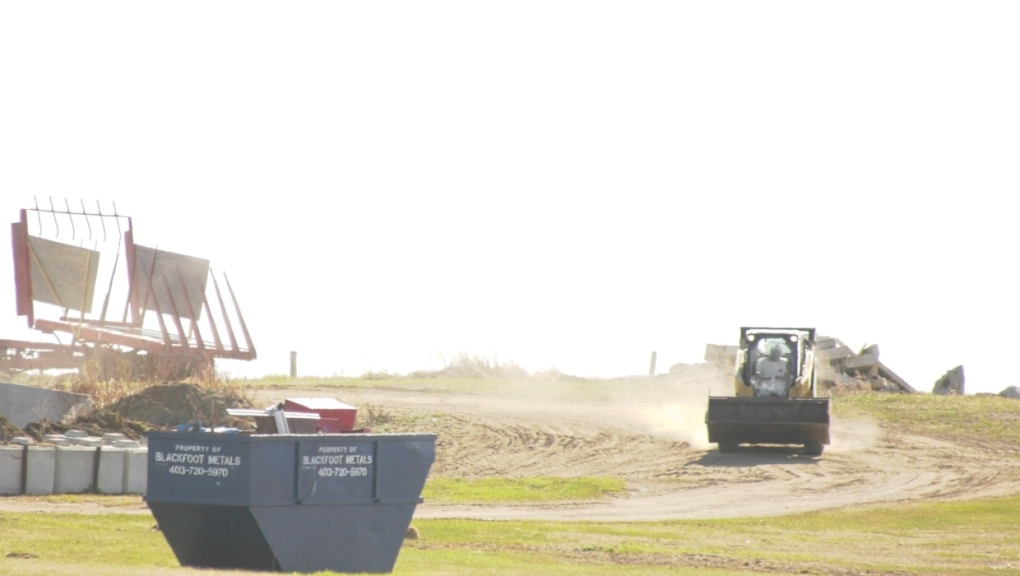 Cleanup near Linden, Alta. in May after avian flu was detected. (file)

A dozen new outbreaks have been detected in September and all but one are in commercial flocks.

According to the Canadian Food Inspection Agency, there are currently 26 farms in Alberta with active infections, significantly more  than any other province.

The outbreaks have lead to the culling of more than 1.2 million birds in Alberta alone.

Most outbreaks are around Edmonton and northern Alberta.

"The fall migration is starting again which means the birds are congregating in larger numbers closer to gather which provides a better environment for all types of disease transmission," said Dayna Goldsmith, a diagnostic pathologist with U of C's faculty of veterinary medicine.

She is also a regional director with the Canadian Wildlife Health Cooperative, a research agency that takes reports of sick or dead birds.

"We have had some new positive cases from the commercial side, which we do believe is originating from the wild populations, so this is the same strain," Goldsmith said.

"It hasn't gone away – it just kind of got quieter over the summer as the birds spread out. A lot of them were exposed and either got sick and died or developed immunity to it."

HPAI is not a human food safety risk and while people can get sick from being in contact with infected birds, it is not especially dangerous to human health. Still, anyone handling dead birds is reminded to wash their hands and clothing well afterwards to avoid spreading the infection.

Avian influenza is a reportable disease, meaning suspected cases must be tested and reported to the CFIA. Wild waterfowl have been found to be particularly susceptible and major carriers of the virus.

This year has seen a particularly bad outbreak around the world, causing unusual levels of sickness in birds, including neurological symptoms. It is highly contagious in domestic flocks and nearly always fatal.

Researchers want to know about any unexplained waterfowl or scavenger deaths – great horned owls, for example, have been impacted by scavenging dead ducks and geese.

They are particularly interested in cases where several birds are found at the same time.

Dead birds can be reported online.

First Nations leaders in Manitoba are calling for the resignation of Winnipeg's police chief after the force decided to not search a landfill for the remains of two Indigenous women.

The men’s FIFA World Cup is about to enter the quarter-final stage and CTVNews.ca takes a look at the major on-pitch storylines of the past week.

Gas prices down across Canada, likely to last a few weeks leading up to holidays

Drivers hoping for cheaper gas can fill up after the price at the pump across Canada dropped today to 143 cents.