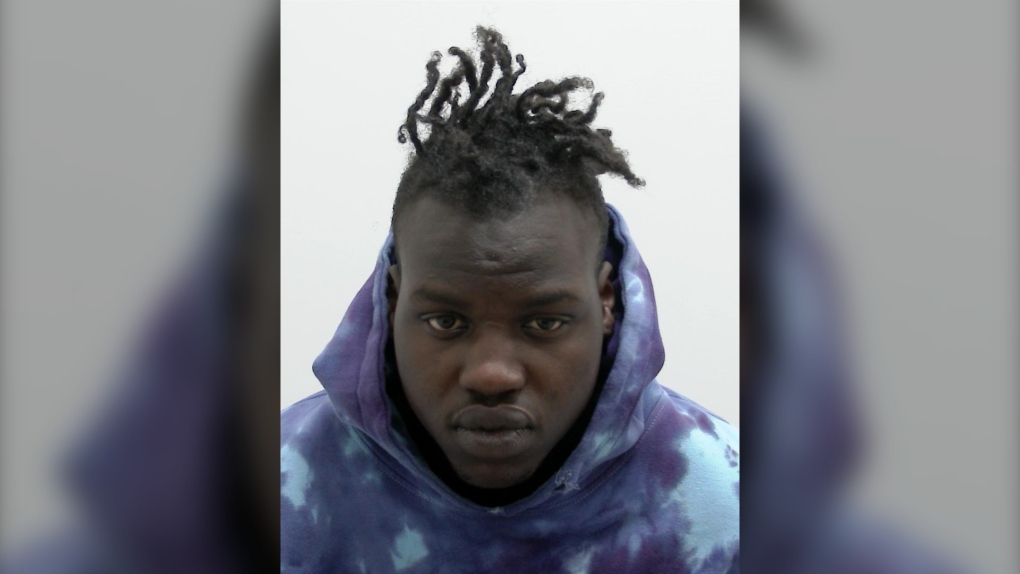 Yeamet Obong, 22, is wanted by police and is considered dangerous, so the public should contact police immediately if he is seen. (Supplied)
CALGARY -

Calgary police say a man, who is wanted on several firearms and drug charges, is likely within city limits and officials are looking for the public's help to find him.

Yeamet Obong, 22, is wanted for discharging a firearm with intent, trafficking and possession of controlled substances as well as a variety of other firearm charges.

Officials say he is also wanted for breaching a release order.

Obong is described as:

Police say he has a tattoo of praying hands on his right forearm, along with a distinct scar.

He is considered dangerous and officials say if anyone sees him, they should not approach him.

Instead, the public should contact police by calling 403-266-1234 or you can submit tips anonymously to Crime Stoppers through any of the following methods:

Jeremy MacKenzie, the founder of the online group "Diagolon," was arrested in Nova Scotia on Wednesday on charges related to an allegation of assault in Saskatchewan from last year.