'We wish you a steady climate': Christmas carols remixed by climate activists 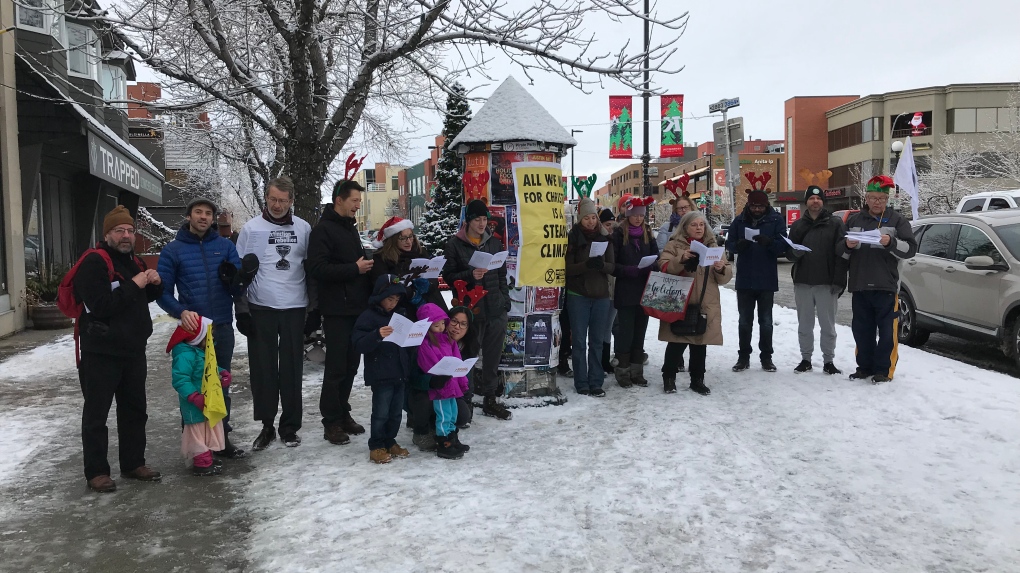 CALGARY -- A group of about 20 concerned citizens took to the streets in Kensington to sing Christmas carols with a twist.

Members hope their renditions of 'Let it Snow,' 'Frosty the Snowman,' and 'We Wish you a Steady Climate' will catch the attention of government officials.

“We are already seeing action taken now at the citizen level as more and more people are becoming concerned and they are engaging in civil disobedience, and not violent, direct action techniques,” said group member Geoffrey Szuszkiewicz.

"I think that politicians will be playing catch up with public opinion as we continue to build a movement around climate action."

The group wants to see net zero greenhouse gas emissions by 2025, for Ottawa to admit how serious the climate crisis is, and for the federal government to create a citizens' assembly on climate justice.

The group made headlines in October after staging protests across the country by blocking traffic on many of Canada’s busiest streets during rush hour commutes.