What we know about gun violence, shootings in Calgary so far this year

What we know about gun violence, shootings in Calgary so far this year 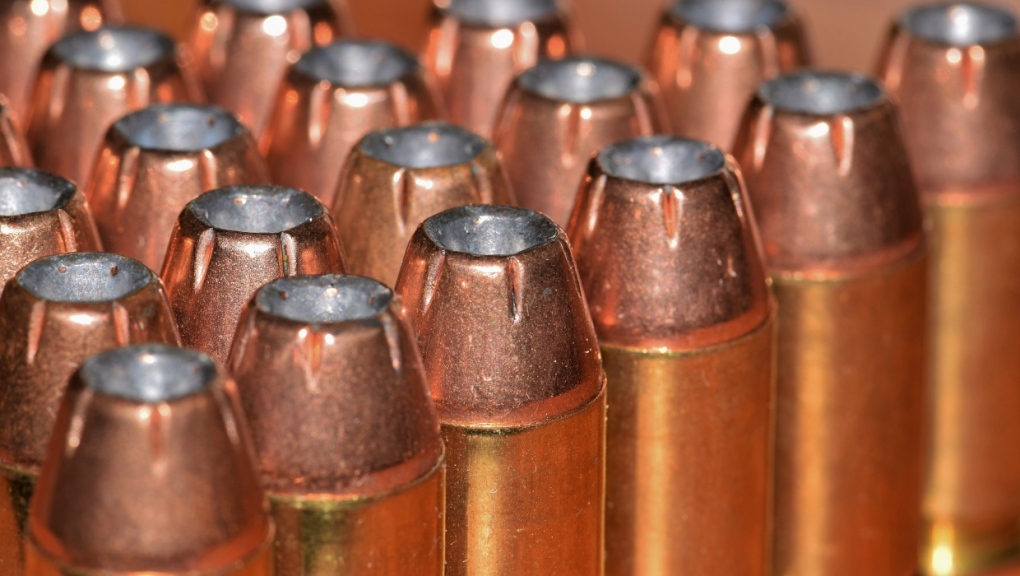 Calgary police officers have seized almost 350 firearms so far this year, including 14 that were 3D printed.

It's a hefty amount that puts Calgary on pace to reach 500 gun seizures by the end of the year.

The numbers were included in a presentation on gun violence in Calgary at a meeting of the Calgary Police Commission on Wednesday.

"We continue to be concerned about gun violence in our city," Supt. Scott Boyd said.

"We know that we're on pace to break previous records with this level of violence and it's already taken too many lives.

"The violence can be directly contributed to the wanton and reckless behavior of a few individuals in our city who do not reflect the same caring beliefs and values that the majority of Calgarians display."

In total, 556 charges have been laid in relation to so-called 'crime guns' – guns believed to be used in crimes – seized by police. 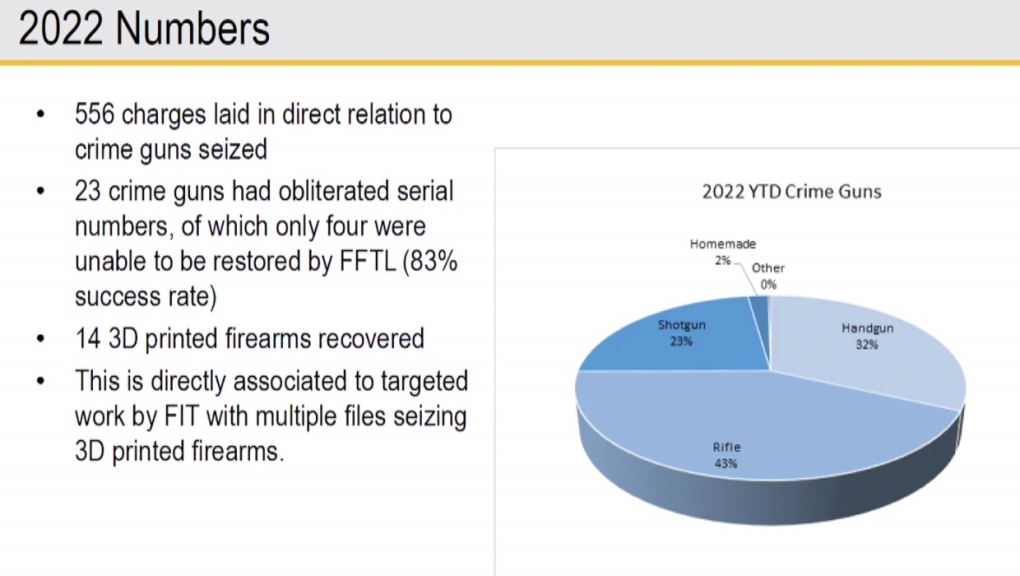 Calgary gun seizure numbers, as determined by Calgary police, for 2022. (Calgary Police Commission meeting) As of Wednesday, when the presentation was given, Boyd said Calgary had recorded 106 "shooting incidents."

"A shooting incident is designed as a discharge of a firearm that results in personal injury or property damage," he explained.

At least 47 of those shootings were determined to be untargeted and at least 26 of them had a connection to organized crime groups.

"We're experiencing an extremely low degree of cooperation with a large majority of the persons involved in these types of crimes" Boyd said.

Data presented showed 27 of Calgary's gun incidents this year had insufficient evidence to proceed – including nine in which the witness or victim were uncooperative and 18 in which no witnesses had come forward aside from the original complainant.

"We literally are getting calls from somebody showing up at a hospital with a gunshot wound to their leg and telling us that they don't want anything to do with us."

"Gun violence has really spread across our city and social-economic boundaries," Boyd said.

"Shootings are not occurring in one particular area. Crime literally knows no boundaries and gun violence should be a concern for all Calgarians."

Though CPS says shootings don't tend to happen at any particular time of day or day of the week, most shootings this year occurred around midnight (10) or 10 p.m. (9) and most happened on Saturdays (19), Mondays (17) and Wednesdays (17).

"There is no room for this level of reckless behavior to take place in our beautiful city." 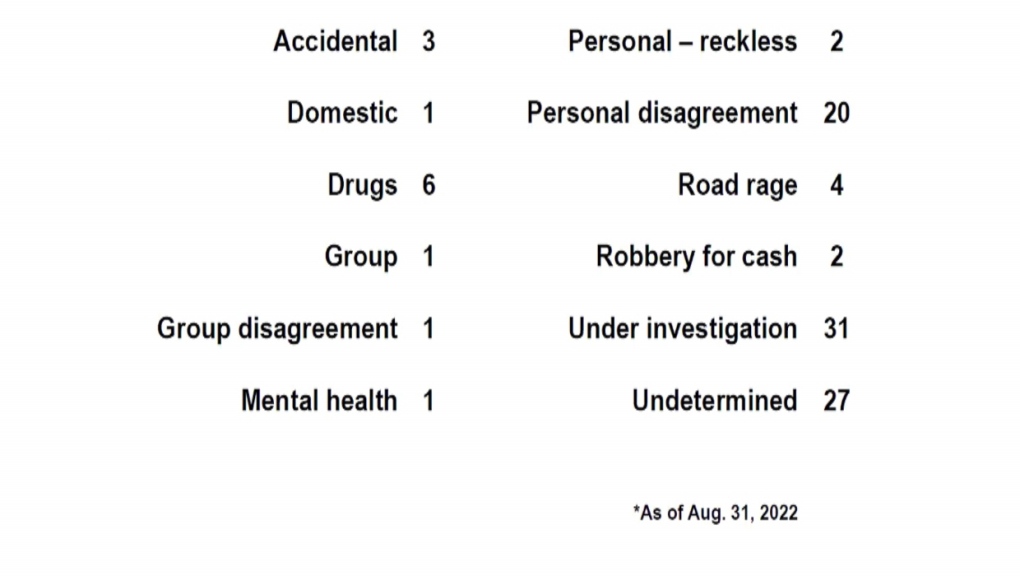 "Although most shootings are targeted, not all are tied to gangs," Boyd said. "Shootings put our entire community at risk."

Boyd said the issue of increasing gun violence appears to be an issue across the nation.

"Undeniably, this is a Canadian-wide trend."