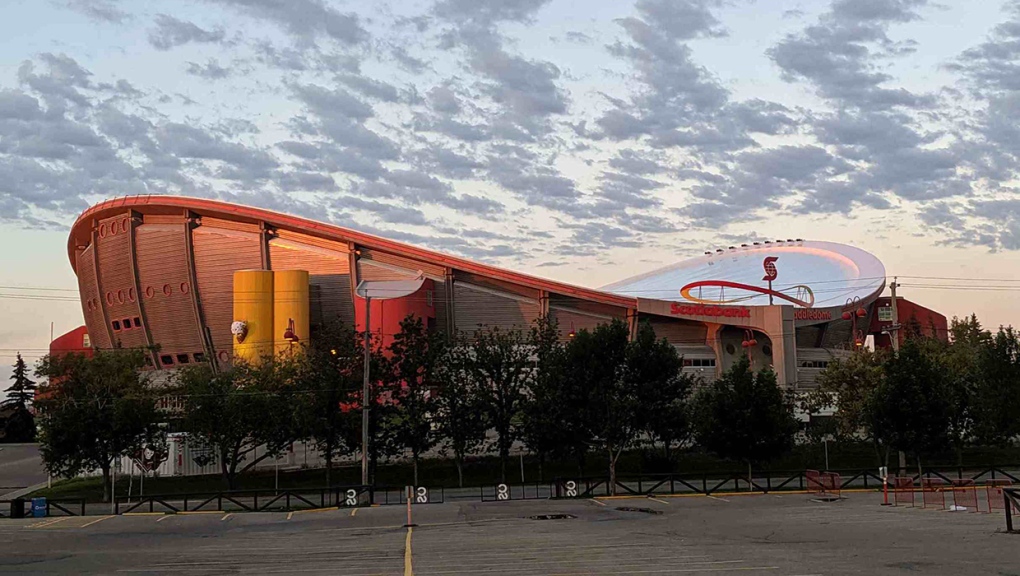 NHL commissioner Gary Bettman's departure from the Scotiabank Saddledome Tuesday night was temporarily delayed by a stuck elevator, evidence of what he says is an arena past its prime.

Bettman was in Calgary for the first game of the Flames-Stars opening round Stanley Cup Playoffs series, during which he expressed his desire for a new rink for both the Flames and Calgarians in a televised intermission interview.

Following the Flames 1-0 victory over the Stars, CTV News Calgary sports anchor Glenn Campbell entered the elevator to descend from the media level to the ground level when the commissioner, and his entourage, entered the lift.

Campbell says the doors closed, the crowded elevator began to "buzz" and the operator couldn't provide an explanation for why they weren't moving.

After a roughly minute-long delay, the elevator started working again and travelled to the bowels of the arena.

Following their prolonged elevator trip, Campbell seized the opportunity to question the commissioner on the state of the rink that opened in 1983. Bettman, in passing, said "You need a new arena."

Just got stuck in the elevator with Gary Bettman. When we finally got off he said you guys need a new building @NHLFlames

Calgary Sports and Entertainment Corporation announced in December 2021 that it would terminate its new arena agreement with the City of Calgary and made good on its threat in January of this year. The original deal would have seen the team and city split the cost of a new event centre, but CSEC claimed the cost of the project had since increased and the city was not taking on an equal share of the burden.