Alberta youth now have the highest COVID-19 rate compared to any other demographic.

Public education advocacy group Support our Students (SOS) has been monitoring the number of cases identified at Alberta schools and keeps an updated list on its website.

“It's quite alarming, actually” said Medeana  Moussa, SOS executive director  “We are really concerned that this government hasn't introduced any mitigation measures beyond masking kids K to 12, and they're really not responding to the urgency of the matter, and they're allowing Delta to rip through schools."

“The lack of reporting requirements, and contact tracing by AHS (Alberta Health Services) is definitely feeding into the anxiety of parents,” said Moussa. “Because there's so much unknown information, and  you're reliant on this volunteered information instead of required information and required isolation.”

On Friday, the Calgary Board of Education penned a letter to the UCP government over its concerns with COVID-19 in schools.

"We are frustrated by the lack of coherent provincial guidance being provided to our families and students," the CBE said.

"Families have received mixed messages about the real and substantial risk that COVID-19 presents to our communities, and school jurisdictions are left to fill the public health gap left by the government."

Meanwhile, Calgary Catholic School District said Monday it recognizes the "ongoing challenges of creating and safe learning environments in our schools during the fourth wave of COVID-19."

"Our board is currently in the process of communicating their concerns to the provincial government."

“If we look back to last year, when we started school, we were able to get through most of September and October without substantial outbreaks," said Jenne. “We were just a little more careful. We had more universal masking. We had contact tracing, but perhaps critically, we had fewer viral cases in the community.” 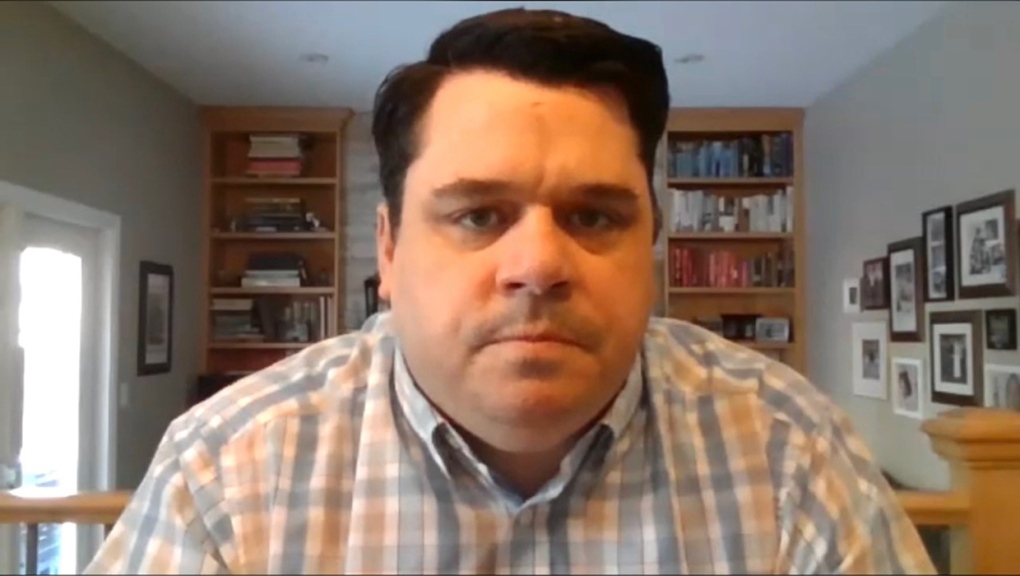 Jenne stressed the case jump in school aged children is not only coming from the return to school, but from increased community transmission as well.

He anticipates that as the emergency measures instituted last week start to mitigate community spread, cases among Alberta children will decline as well.

“The thing we should again, keep in mind is, it's going to take a week to two weeks to start seeing those cases (decline). We have brought in measures, the big question is, will it be enough? Will that flatten the curve? Or will it slow the curve? But we should be able to see an impact of these measures in the coming weeks on kids.”

At this time, Albertans under the age of 12 aren't eligible for the COVID-19 vaccine, but that could soon change.

On Monday, Pfizer said its vaccine is proving effective in kids under 12, and it will be seeking authorization for the age group soon.

- With files from Sarah Reid