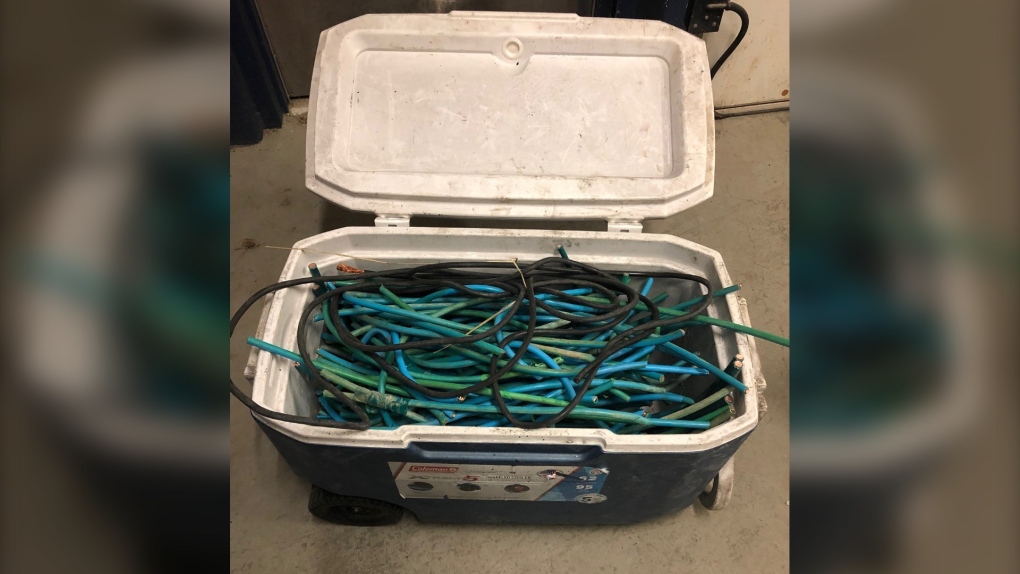 Innisfail RCMP recovered a quantity of copper wire they say had been cut from an oilfield site in Raven, Alta. (Supplied)
CALGARY -

Charges have been laid against two central Albertans in connection with an incident that occurred at an oilfield site earlier this week.

Innisfail RCMP said they were called to the site, located in a rural area near Raven, Alta., at about 7:34 p.m. on Sept. 9.

Officials say members of a community crime watch group witnessed a suspicious vehicle at the site and watched as it drove away, taking note of the direction it was travelling.

As a result, RCMP were able to locate the suspect's vehicle and found a quantity of copper wire they say had been taken from the oilfield site.

The occupants of the vehicle, a man and a woman were arrested without further incident.

Daryl Springer, 42, of Clive, Alta., and Brandy Carl, 44, from the Red Deer area are charged with break and enter, theft under $5,000 and possession of break-in instruments. 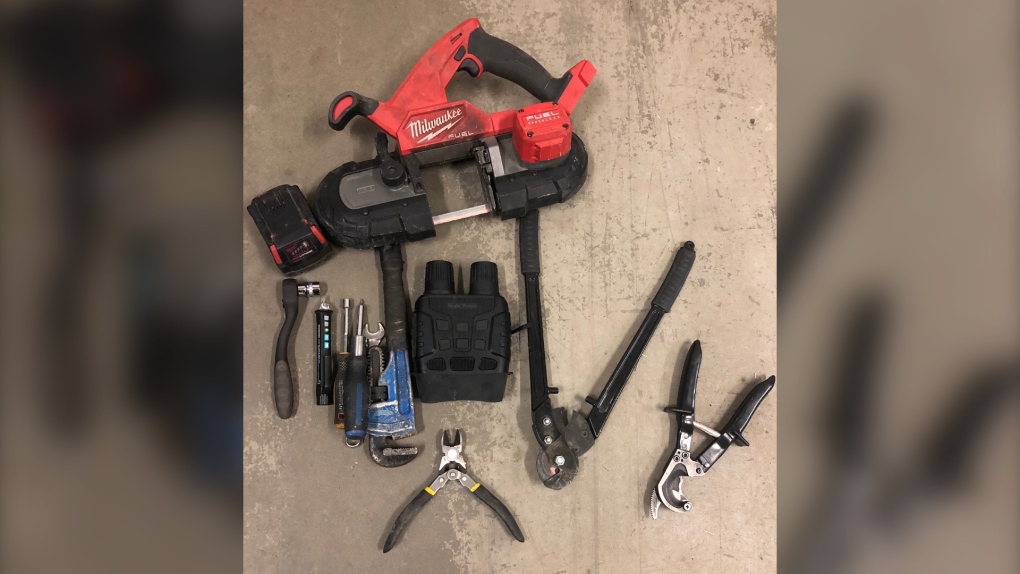 "In addition, Brandy Carl was wanted on two outstanding warrants and was charged with failing to comply with conditions and Daryl Springer was charged with offences under the Traffic Safety Act," RCMP said in a release.

Both suspects were released from custody on a promise to appear in Red Deer provincial court on Oct. 6.

Innisfail RCMP encourage members of the public who suspect suspicious activity in their community to contact their local RCMP detachment.

If you have information about this incident or any other illegal activity, please call the Innisfail RCMP at 403-227-3342 or call your local police. If you wish to remain anonymous, you can contact Crime Stoppers at 1-800-222-8477 (TIPS), online at www.P3Tips.com or by using the "P3 Tips" app available through the Apple App or Google Play Store.

Four years before a mother and her 16-month-old son were killed in western Alberta, police had warned the public that a registered sex offender would be released and there was a chance he could harm “a female, including children.”